As we approach friendly game number 2 for The Warriors we have took the opportunity to reflect on our first game versus Hamilton as well as catch up with new First Team Coach – Derek Johnston.

It was great to be back at Ochilview Park and have the excitement of a game to look forward to last weekend. We had a number of new protocols in place to ensure the safety of the players and officials as well having a limited crowd attend the match on Sunday.

The game began like how you would imagine any game would after a long period of time off. Both teams determined to get stuck and also looking to play where they could. The first 20 – 25 minutes of the game was a closely encountered match with both teams looking to take control of the game through their passing play. Hamilton soon showed why the SWPL 2  club are looking to push for promotion to SWPL 1 at the end of this season. Their class and quality shown through after they got their first goal around the half hour mark.

Stenny managed to regroup at half time and started the second half positively while at the same time rotating the squad to get players some valuable playing time. Overall, Hamilton ran out resounding winners on the day and The Warriors can hopefully learn a few valuable lessons as Allan Milnes side move in to this weekends game v Rossvale. 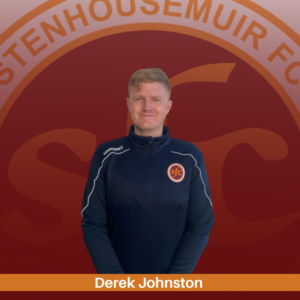 Tell us about your first few weeks in your new role. How has it went?

I am really enjoying the settling in period and getting to know everyone. We have a really good group of people involved and a strong infrastructure behind us to make this a success. Coming in from amateur football and essentially doing everything yourself to being more focused on your own role within an overall team is something I’m still getting used to but the support given so far has been brilliant!

What is your first impressions of the Stenny squad?

We have a great mix of youth and experience. It’s cliché but personally I always look at the person before the player and on that front we have a brilliant group. On the pitch, we’ve got some exciting players who are more than capable of helping us achieve our aims. One thing I will say is they are an absolute pleasure to work with, effort levels are always very high. Now it’s just about going on that bit further and stretching every individual to benefit the team overall and developing it.

What were your thoughts on the last game?

Accies were a very good team, but for me we made it too easy for them in spells. Good teams will always punish you when you make mistakes and sadly we made too many individually and collectively last Sunday. However, it’s given us something to aim for. Can we go and become that type of team? That’s the question we need to answer in collaboration with each other here at Ochilview!

This Sunday we play Rossvale. What are you looking for from this game?

Firstly, can we cut out individual mistakes. Mistakes will always happen in all levels of football, but can we minimise them and give ourselves a platform to perform. Secondly, can we implement our style of play on the game more. We want to play an attractive brand of football. So, for me, this week we need to get back to basics and show what we want to do for longer periods of the game. We trained on Wednesday with some high standards set, that has to be used as a springboard. Finally, can we get a positive result. Whilst they aren’t the be all and end all at this time in the season, it would be nice to get a win and have the confidence rise that comes with it. 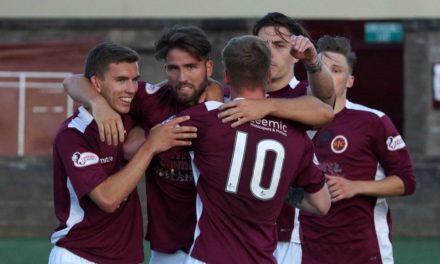