After an extensive recruitment process – Stenhousemuir FC are delighted to unveil two new coaching additions to our Senior Ladies Team. The team have now not played a competitive league fixture for over a year now but both Head Coach Allan Milne and Football Development Officer Andrew Thomson have been working hard in the background to make further improvements to Stenhousemuir Ladies Team during the extended break.

From this recruitment process we are delighted to announce that both Derek Johnston and Ryan Smith have chose to come on board with Stenhousemuir FC Ladies Team. The two coaches impressed both Allan and Andrew during the selection process and both will bring added quality and experience to the overall set-up.

Derek Johnston will come in to the squad as The First Team Coach and we caught up with him to give you an inside in to Derek’s previous experiences and current roles he takes up within the coaching industry. 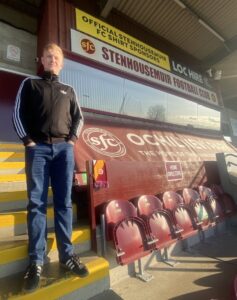 “Coming from Pollok originally and being brought up with football throughout my life and community values I’ve had a few different experiences so far in the adult amateur game managing AFC Bonnyholm, Royal Union FC & FC Southside United respectively. I’m currently coming towards the end of a HNC Football Coaching with Development at Glasgow Clyde College and will be looking to further my education at University thereafter.”

“In terms of the opportunity at Stenny, I’m really looking forward to getting going. Whilst I don’t have past experience in the Woman’s game I believe to be the best coach I possibly can be I have to maximise experiences at all different levels of the game. This is something I have already done so far this year since becoming involved at Cumbernauld Colts FC as a Community Outreach Coach in their community program. Very much looking forward to working with everyone at the club and getting to know and help the players as best we can!”

Ryan Smith will also join the Ladies Squad as a First Team Coach but will also take the lead on other areas such as opposition analysis and scouting. Here is what Ryan had to say about joining The Warriors. 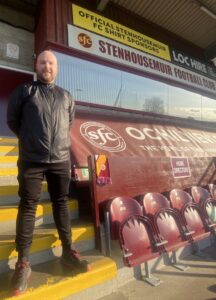 “I am very much looking forward to joining Allan and his team for the season ahead. My role will be varied with coaching, player identification as well as controlling the kit and equipment. As of August I am starting an HNC in Sports Coaching at New College Lanarkshire through Rangers Academy which I am very much looking forward to. With this in mind the opportunity for exposure to a first team environment, along with completing my coaching qualifications, was too good to turn down. I also currently coach my local amateur team, Tannochside United.”

Football Development Officer Andrew Thomson added “I am delighted to have both Derek and Ryan involved with the football club. Women’s football has been and will continue to change rapidly over the years to come and we at Stenhousemuir FC want to be part of that. To make sure we are part of it and remaining competitive it’s even more important that we look to add to and develop our coaching staff. Derek and Ryan both already have a good knowledge of the game and coaching but they were also eager to learn and develop further which was a massive thing for both Allan and myself when we began the recruitment process. I look forward to working closely with both of them and hope that we can all be a successful team together”. 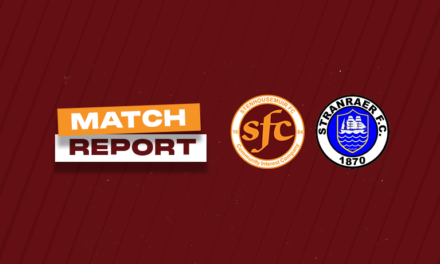