Earlier this week, the club confirmed that Davie Irons was to leave his position as Manager after Tuesday’s match against Annan Athletic. Following discussions with the board, Davie departed his post by mutual consent.

Club Chairman Iain McMenemy said, “Everyone at the club will always hold Davie in the highest regard as he has stepped in on two occasions to steady the ship at times when the club needed help.

“However, we are at the stage now where we are looking ahead to next season and feel that this is the right time for the club to make a change and build on the stability that has been established this season.

“Not only is Davie a friend to the club, but he is a personal friend to many of us individually. It was important to us to part on good terms as we all have huge respect for him, his family, and his commitment to the club and players.”

Davie Irons said, “Following discussions with the board and having reflected on what has been a season unlike any other, I have decided the time is right to step down as manager of Stenhousemuir.  I would like to take this opportunity to thank the board, players, staff, volunteers and supporters for their incredible support throughout my time at the club.  I wish everyone associated with the club all the best for the future.” 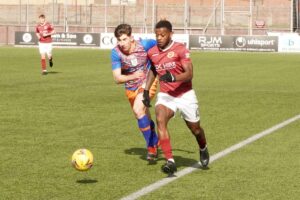 Tuesday night saw the second tough night in the space of a week for the Warriors as we were well beaten by Annan Athletic. The boys did start the brighter of the two sides and took the lead on the 7th minute when Mark McGuigan latched onto a loose pass in the hosts defence and tucked the ball home. However, Annan bounced back immediately with a quickfire double to put the Galabankies into the lead. This proved to be a turning point in the game with Annan firmly on top and adding a 3rd before half time. The second half saw Annan continue to see the better of the chances and the game was all but over in the 72nd minute when they made it 4, before putting the cherry on the cake in the 91st minute with a 5th goal.

Last Thursday proved to be a disappointing night for the Warriors as the boys pursued a top half finish in the league before the split. A relentless schedule of late seemed to effect the boys as we failed to get going in the opening stages, before a horror 4 minutes saw a clinical Stranraer side race 3 goals in front. Paddy Martin then produced a series of incredible saves to prevent the score line for worsening, however was finally beaten again in the 73rd minute as Ruari Paton grabbed his second of the match. The result means that the Warriors will be playing in the bottom half of the league after the split. 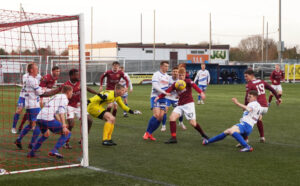 Going into this week’s games, Graeme Smith remains out long term with an ACL injury. Paul Brown is ruled out of the remainder of the season with a hamstring issue. Alan Docherty is also unavailable with an ongoing foot injury. Jonathan Tiffoney is a doubt for Saturday with a hamstring issue but will undergo a fitness test before the game. Cammy Graham is unavailable.

The Warriors are back at Ochilview this Saturday as we head into our first post-split fixture against Cowdenbeath. It was only 2 weeks ago that the boys played some of their best football of the season as we defeated the Blue Brazil 1-0, and we will be looking for more of the same as we look to bounce back from a disappointing previous 2 results. Similarly, our visitors will be keen to regain some form having won only once in their previous 6 matches as they attempt to cement their SPFL status for next season.

The match will be streamed live on Warriors TV (https://stenhousemuirfc.univtec.com/outside/login ) and is free for season ticket holders to view. Alternatively, pay-per-view can be purchased for £8.

Next Tuesday night sees the Warriors return down south to Galabank once again to face Annan Athletic. The boys will be out for revenge after the disappointing performance against the same opposition earlier this week. Both teams will be looking to finish the season in as strong form as possible and finish as high up the table as they can.

Tuesday’s game is being streamed by our hosts at https://annanathletic.univtec.com/home and is available on pay-per-view for £9.99. Simply register an account then select the intended game.

The latest from within your club

Upon the completion of an 18 game season on Tuesday night, our remaining 4 league fixtures have now been confirmed by the SPFL and are as follows:

Warriors in the Community Twilight League is back!

At Stenhousemuir, we believe in the power for good that is participation in sport and physical activity. We also feel that this should play a crucial role in our community’s recovery from the effects of the Covid-19 pandemic.

Therefore, Warriors in the Community are delighted to announce the return of their Twilight football league for 12-16 year olds! The league starts back this Sunday evening from 6pm to 7:30pm, with all Covid-19 protocols in place. All you need to do is register upon arrival and enjoy having a good kickabout. The best part is it’s free!

It’s been a whirlwind week for European football and although the Warriors never received a call up to the European Super League, we’re sure everyone was following the story closely. The failure of the league demonstrates the importance and power of the game’s most crucial stakeholder, the supporters. Something that we embrace at Stenhousemuir. Please follow the link below to read more on why the Super League failed and what happens next:

It may have gone under the radar for obvious reasons, however UEFA have confirmed this week that they are going ahead with the latest Champions League revamps coming into place for the 2024/25 season. The most significant changes include an expansion to 36 teams and a restructuring to one single “league-styled” group with each side guaranteed 10 matches. Follow the link below to read more:

Could UEFA be about to bin the away goals rule?

It’s been part of the game for over 50 years now and still proves to be as controversial as ever. But are UEFA now ready to do away with the away goals rule? Follow the link below to read more: