The early stages of the match were quiet despite a brilliant atmosphere in the evening sun. The game did spark into life on the 33rd minute when Mein attempted an overhead kick from 12 yards out and was denied by Marshal who dived to his left and managed to get his fingertips to it.

The pressure was then piled on by the visitors and it should have been 1-0 after a ball into the box appeared to be cleared off the Warriors line by a St. Mirren player before the boys scrambled it clear.

It was 1-0 however in the 49th minute after a big mix up from Marshall and Jamieson resulted in Mein being allowed in to tap home. It was then 2-0 in the 65th minute as Dennis turned home at the back post from a low ball across the box.

Despite being 2 down, the boys responded well and were back in the game after the Buddies failed to clear a Warriors freekick, resulting in a second ball being crossed into the back post where Orr was waiting to volley home to the delight of the home supporters.

Agonisingly, the Warriors could have come away from the game with a draw in stoppage time was the ball ping-ponged around the St. Mirren box but didn’t fall to a maroon jersey. 2 minutes later there would be a final goal but it would come for the away team as Erwin hammered the ball past Marshall from 20 yards. 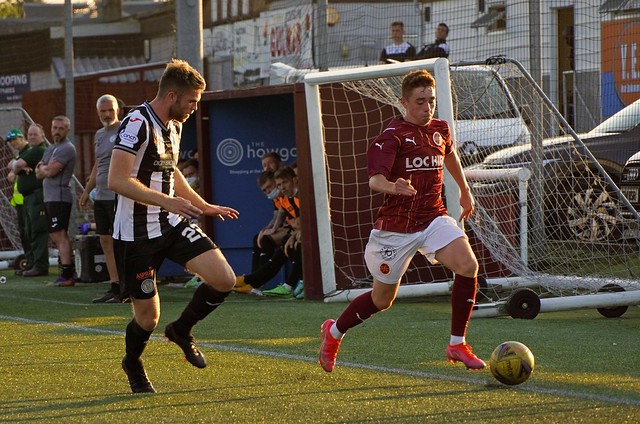