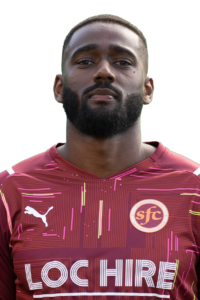 Nat, a 29 year old midfielder, was a product of the Stoke City youth academy and was capped 4 times for England’s under-19 side. His early career was spent in the English lower leagues before playing over 60 times in the Championship for Cowdenbeath. Despite failing to keep the Blue Brazil in the league, Nat was picked up by Premiership Inverness where he featured 15 times. He then had spells at Dunfermline, Raith Rovers and Airdrieonians before playing for Dumbarton in League 1 last season. Like Sean Crighton, Nat will provide plenty of experience of playing at a higher level.