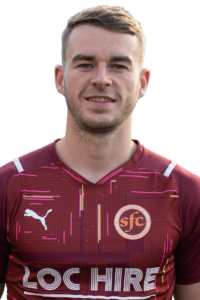 Having been born locally, Adam came through the youth setup at Celtic, before joining St. Mirren in 2012. At the buddies, Adam played 7 times in the Scottish Premiership before switching to Airdrieonians where he spent 3 seasons in League One. He then signed for Alloa Athletic where he was involved for 3 seasons, prior to recently agreeing to join us for next season. Adam is a midfielder and at 25 will add pace and energy to the team as well as plenty of experience of playing at a higher level. Adam said: “I’m delighted to be joining the club and looking forward to next season. Hopefully we can go on and have a successful season and be fighting at the top end of the table.”