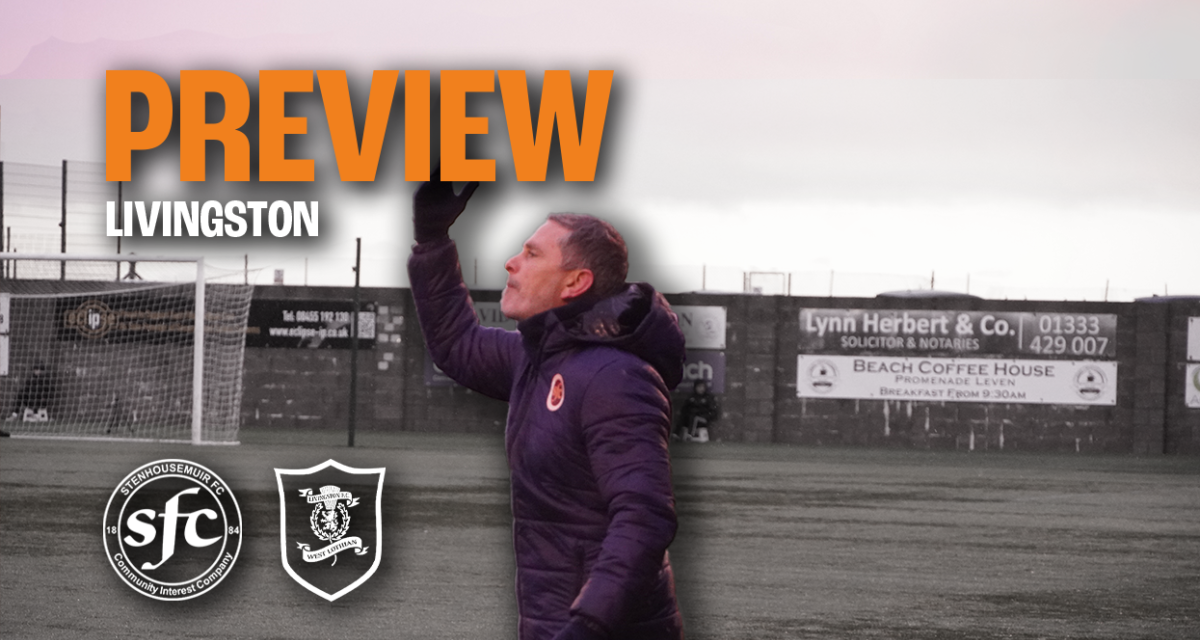 The Warriors take a break from League Two action this week as we welcome Premiership side Livingston to Ochilview.

The Lions start their Scottish Cup journey here while Stenhousemuir have already beaten East Fife and Formartine United to earn their spot in the Fourth Round.

As you’d expect, Livingston have the upper hand on The Warriors, winning 50% of the previous encounters. In fact, you need to go back to 8th March 1997 for the last time The Warriors defeated The Lions, a 3-1 win away in the old Division Two.

In terms of Scottish Cup matchups, the side have only met each other once before, almost 44 years to the day with Stenhousemuir losing 2-1 on 16 January 1979.

The previous meeting between the two sides, back in the League Cup in 2020, finished a 4-0 win for Livingston.

As usually, the website caught up with Gary Naysmith this week on how he’s been preparing his squad for the big task ahead.

“Trainings been good, we had a good session on Tuesday night a nd worked the players quite hard. We were quite happy with what we did. tonight [Thursday] we’ll take it down a little bit and we’ve just had a meeting on Livingston to try and inform the players a little bit about them. Obviously, when you play the teams in your own league, the players are well aware of the players that they’re coming up against but, obviously, Livingston are a team that we’ve not faced.

“So, we’ve tried to inform a little bout them as a team, about their individuals and then basically focus on things that we think we can do to try an impose ourselves on the game. So, it will be lighter session tonight and I’m sure the players will be itching for Saturday to come.”

Obviously, the plan was to have a look at Livingston on Wednesday, but that didn’t happen!

“I was on my way, just had to turn back. It’s just one of these things, the safety of the players is the most important thing. If the referee felt that there was a difference between 3pm and, whatever time they called it off, then that was the right decision and that’s what you’ve got to do.”

This is our third fixture in this year’s Scottish Cup, how important is the fan’s backing if we want to make it into the last 16?

“I think Scottish Cup days always bring out a different atmosphere. I think the players look forward to it, fans look forward to it. Especially if you get into the later rounds and especially if you draw a team from a higher division. We’ve drawn a team from the Premiership who are currently the fourth best in Scotland, if you look at the league table. I think if you look at the job that David is doing, and has done, gets overlooked because of different things and it shouldn’t because he’s done a fantastic job there. And, as it lies just now, there’s only three teams better than them in Scotland.

“So that tells you the task that we’ve got in front of us. It’s one I want the players to try and embrace and to look forward to and want to challenge themselves. It will be a good guide for us to see where we are. But, as I said in my interview the other day, we’re not just there to make up the numbers. We want to try and have a go, we want to try and get through to the next round. But, the biggest thing that will help us do that is if the players can actually believe that they can do it. If the players don’t believe then you’re facing an uphill battle. So, that’s been my message to them. Yes, you’re going to be up against it, yes, we’re going to be playing against a really good, well organised team.

The only absentee from the squad list will be new goalkeeper Curtis Lyle, who is cup-tied for the game.

Match Entry: Although you can pay at the gate at Ochilview using cash, we highly recommend purchasing your ticket in advance to avoid any lengthly queues. If you need to pay by card, you should purchase your ticket online here.

Ochilview Guide: Click here for your one stop shop for all info that you’ll need for a trip to Ochilview 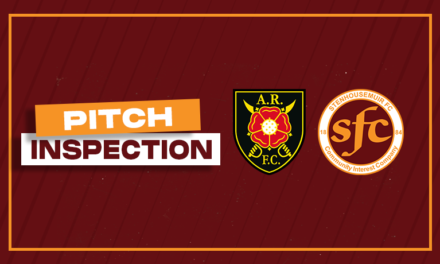 Albion Rovers vs Stenhousemuir: Game On!