Matchday 10 offers an interesting match up as the Warriors welcome Airdrie Ladies to Ochilview for the first time this season. It’s been around 7 months since the sides last met at Ochilview and shared the points in a 3-3 draw. Much has changed since then though, and Head Coach Jack Cameron will be hoping his side can emerge victorious.

The Warriors have had a tough start to the season, picking up 3 losses and a draw in their opening 9 games. They got back to winning ways last weekend though after picking up all 3 points in a 2-1 win away to St Mirren. Airdrie managed a 2-2 draw at home to Falkirk in what should be seen as a good result.

Airdrie have only managed to pick up 2 wins in their opening 9 games and find themselves sitting in 8th, 7 points behind the Warriors. Airdrie do like a draw though, managing 3 from their first 9 so the Warriors will have to be at their best to take all 3 points.

Looking ahead to the game, we asked Head Coach Jack Cameron what preparations the team have been doing for the match.

“We’ve been trying to get as much information as we can on the opposition. What we have noticed is that when we can get information on teams it’s been massively beneficial for us. But obviously sometimes team don’t film their games and don’t have as much exposure on social media it makes that difficult for us. We saw it with the Grampian game and the St Mirren game, when we can get that bit of information it helps. We do still mostly focus on ourselves, but opposition information does help.”

The season is well and truly underway, we wanted to know how Jack felt the team was coming together.

3 points for the Warriors would allow them to stay with the rest of the pack as the top few teams start to break away into groups. Currently Falkirk, Stenhousemuir, Grampian and St Mirren all sit within 1 point of each other, making it a four-way race for 3rd, while Westdyke and FC Edinburgh pull off ahead with a 6-point lead on the rest.

Samantha Montgomery is our player to watch this week. So far this season she has been involved in every game for the Warriors, contributing 1 assist and 2 goals in that time. She scored 8 goals in 20 league appearances last season so will be hoping to get back to goal scoring form.

The game will kick off at 2.30pm at Ochilview and there will be a donation for entry. The game will be streamed live on Warriors TV. 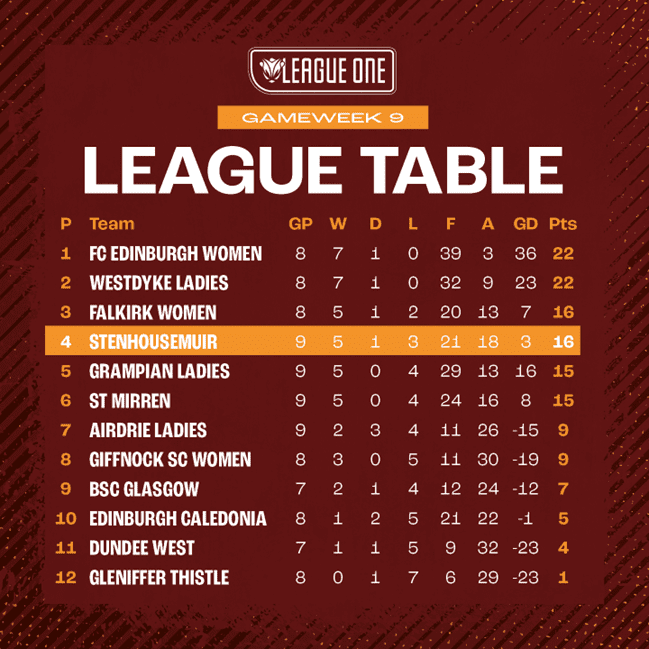 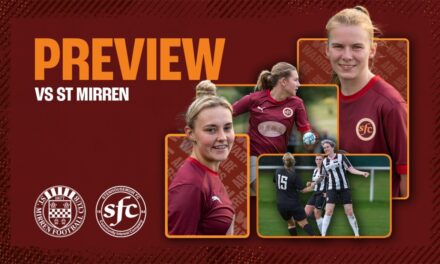 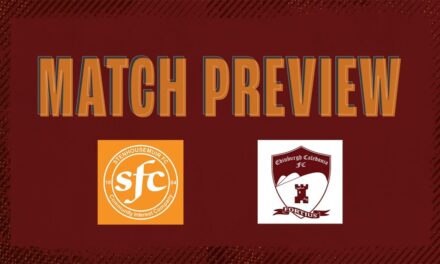