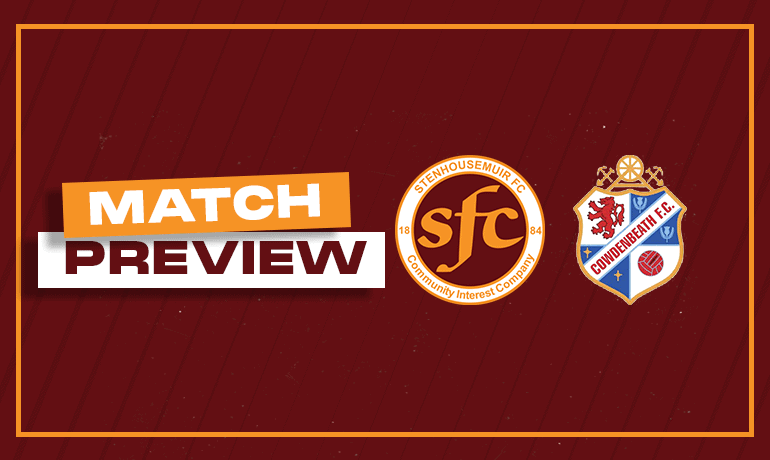 On Saturday we welcome Cowdenbeath to Ochilview as we look to make it 2 wins in a row.

The two sides last met in in October which resulted in The Warriors taking a 2-0 win with a goal from Robert Thomson and an own goal by Craig Thomson. This was Robert Thomson’s last match being forced off injured. Unfortunately there’s no chance for a dream return for the big striker against Cowdenbeath, but he does return to full training on Tuesday and should be in contention for a return against Elgin City.

Our head to head record against Saturday’s visitors has not been favourable. There’s been 189 meetings between the sides with The Warriors coming out on top 30.2% times. Cowdenbeath wins count for 43.3% of the games with 26.5% resulting in draws.

Both teams haven’t been on the best of form lately. The Warriors boast 2 wins, 2 draws and 2 losses in our last 6 matches, while Cowdenbeath have 1 win, 4 losses and 1 draw.

The squad is almost back to full strength with Graeme Smith and Robert Thomson the only absentees. Dec Hughes has returned to training, but Saturday maybe too soon for a return.

Jon Craig has officially returned to Kilmarnock and will continue his rehabilitation as a Kilmarnock player.

As usual, Warriors TV caught up with Swifty before Thursday nights training session.

Stephen, Cowdenbeath at home this week. Last week’s match against Albion Rovers was played on a really heavy pitch. How’s that affected training this week?

We had to watch a few of the boys on Tuesday night, Adam Corbett and Ross Lyon and we just had to watch the distance that they’d covered on that wing back area. So we had to watch them on Tuesday, but they will be training tonight, so fingers crossed they can go through that. Other than that, we just did a lighter as you can imagine because of how heavy the pitch was. We just need to get back to it tonight though and prepare for a totally different challenge on Saturday.

Cowdenbeath haven’t really had a great start to the Season, but they have proved against us that they can play good football. What can we expect on Saturday from them?

I think Saturday will be a totally different concept form the last time we played them. Gary Bollan played a 4-4-2 and even then with their best eleven, they’re a very good team. It looks as is they’re more organised and have had a lift under the new manager. Every game in this division is tough and we’re well aware of that. We’re well aware that our home form hasn’t been great either and that’s something that we’re looking to rectify as well. It’s like every game though, we’re expecting a really tough game against an organised side that are responding to a good coach.

We’ve got Robert Thomson soon to be returning and Dec Hughes also back, so we’re only missing Graeme Smith. How good a headache is that for you thinking about who’s in your Starting team?

Brilliant. Hopefully we’re at the end of this COVID stuff. We went on an incredible run of form and since then we’ve had injuries and COVID issues and although we’ve played the same team for a few weeks in a row, but there’s been nothing on the bench to allow us to switch tactics. Now that we’re getting options back it creates competition for starting places, but coming off the bench, it gives us more opportunities to change the games as well, so all good in that respect and hopefully we can use it to the best of our ability.

Finally, we heard that Jon Craig has went back to Kilmarnock to continue his rehab, how easy was it to work with a team like Kilmarnock to get the youngster in?

Kilmarnock were very cooperative with us when we were looking at bringing Jon in. It’s just been unfortunate that he’s had injuries and was struck down with COVID too. So we wish him all the best, it’s just shame its not worked out for us this time.

So Nat, playing against Cowdenbeath, one of your many former Clubs! You were there for 2 years, how was your time there?

They’ve obviously not had a great start to the season and are currently sitting bottom, but they’ve shown that they can play some really nice football, what are you expecting from Cowdenbeath and how will you approach the game?

They’ve obviously changed their manager and we were disappointed to draw with them at home. Even the last fixture was 2-0, they had a go in the second half and made it difficult. So we’ve just got to make sure that we’re focussed to win the game.

That’s something that’s happened a few times this season, where we’ve been dominant for a half then struggled the next. What do we need to change in the 2nd half to make sure we see these results out?

I think it’s more of a mental thing. It’s happened so many times that when we take the lead, previous experiences is perhaps in the back of our mind and we sit back a bit too deep and don’t do the correct things properly. But we’ve got to take confidence from the weekend where we came back from behind and managed to hold on to get the win, which we deserved.

Match Entry: Entry is only available via Season Tickets or Tickets purchased on FanBase, which you can purchase HERE. Tickets are only available for The Terracing. Adults – £14, Concessions – £9, Children – £5

Live Stream: If  you can’t make the match, Warriors TV have you covered with commentary from Cammy and Batchy. PPV costs £10, and you can purchase HERE.

Getting Here: Ochilview is easily accessible by Car or Train and you can find directions HERE.

Face Coverings: Face coverings are not mandatory inside the ground but fans are encouraged to continue to wear these. Masks must be worn when moving around the ground.

Covid Secure: Please ensure that you are following all safety guidance when visiting the ground. If you’re feeling unwell or are showing symptoms, please do not attend. You should also take a Lateral Flow Test before attending any crowded places. 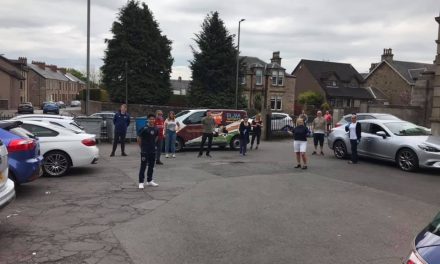 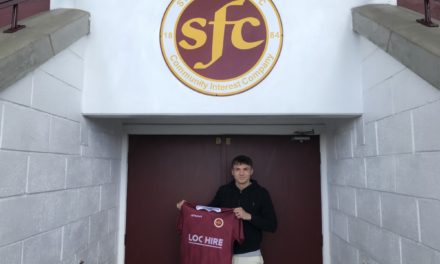 Welcome to the Warriors Harvey Swann