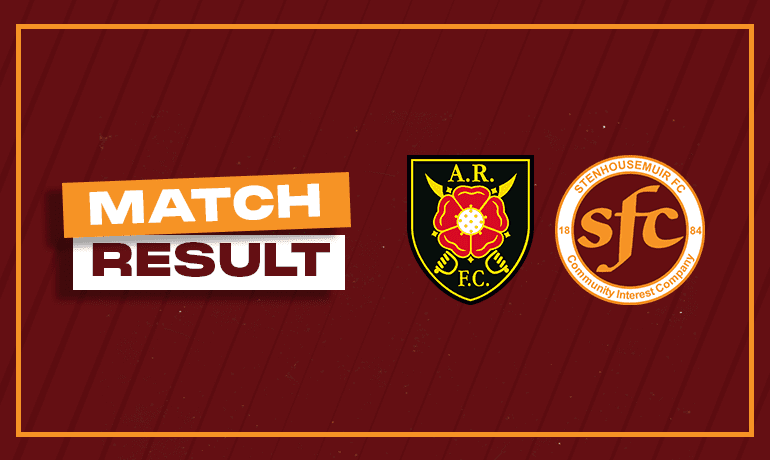 After some community spirit, today’s game goes ahead but the pitch is looking very heavy in parts. Another downfall just before kick off didn’t help.

Swifty opted for a new look back 3 with Sean Crighton, Nicky Jamieson and Jordan Tapping making up the trio. The match also saw Ryan Marshall making his return to the starting XI for the first time since our home match against Kelty Hearts.

The first chance came for the home side with the first corner of the match inside 5 minutes. The cross was too deep though, causing no issues for The Warriors new look defence.

Stenhousemuir made they first major venture forward a few moments later but Ross Forbes was deemed to be offside as he tried to knock the ball down.

Adam Corbett then tried to play Tam Orr in, but the striker was forced wide but managed to get a corner.

The corner was taken short to Daz Christie, but his cross was too high for anyone. It made its way out wide to Ross Lyon and his cross was met by Tam Orr, but his header was never under control.

Into the 12th minute and Jordan Tapping gives away the first foul of the match, close to the corner of the 18 yard box. The cross was swung in by David Wilson, but was matched by Adam Corbett who produced a strong clearance.

GOAL: Fast forward 30 seconds and Albion have another free kick in the exact same area, this time for a foul by Ross Lyon. This time it was Jamieson that med the cross however the ball was fizzed back across the goal and somehow ended up being judged to have crossed the line. Albion Rovers 1-0 Stenhousemuir [12 minutes]

GOAL: The lead only lasted a few minutes when a through ball from Crighton was met by Corbett and his driven pass was met at the back post by Tam Orr who equalises with his second goal in two weeks. Albion Rovers 1-1 Stenhousemuir [18 minutes]

The pitch was definitely playing its part in the game with either side really getting the ball under control.

Albion Rovers were next to have an attempt.  Nicky Jamieson managed to get in the way of a cross with the ball ending up in Marshall’s hands.

Albion Rovers picked up another free kick in a dangerous area after a push by Ross Forbes. Nicky Jamieson again made his presence known with a commanding clearance. The ball fell to The Warriors right side this time and after another foul by Forbes, Albion had another chance to swing in a dangerous ball. This time more easy dealt with by the away defence.

Stenhousemuir had a strong penalty shout as Tam Orr was fouled un the box, no penalty though and the ref waves play on.

The first half continued with neither side producing any clear cut chances.

The Warriors had the first proper chance of the second half. Adam Corbett burst forward and his cut back was met by Daz Christie , but he won’t be wanting to watch that one back!

The next chance also dropped to The Warriors. this time it was Tam Orr with the cut back but the ball was met by the Albion defence and was cleared.

GOAL: Daz Christe and Tam Orr combined again to turn the game on it’s head. Jordan Tapping played a neat ball over the top to Daz Christie. His cross was met by Tam Orr again who gets his second of the game. Albion Rovers 1-2 Stenhousemuir [56 minutes]

The was almost an exact replica a few moments later. This time Ross Forbes played. the pass to Daz, but he was fouled just outside the box.

Up step Rss Forbes, his shot look destined for the back of the net, but was just wide.

The Warriors were well in control an it should’ve been three. Tam Orr laid off to Forbes, his perfect through ball was met by Daz Christie but he didn’t get his shot on target as another cane goes a miss.

Another chance came in the 61st minute with Tam Orr getting into the box. His cross was met by the defence with the keeper eventually claiming the ball.

SUBSTITUTION: Daz Christie’s afternoon was over in the as he was replaced by Adam Brown [68th minute]

The game should’ve been put to bed just a few moments later. A four on one attack saw Tam Orr taking a shot, saved by the keeper for a corner. Big miss for The Warriors and it really should’ve been 3.

It was Stenhousemuir more likely to score, and Ross Forbes was next to fire in a shot which just fizzed past the keepers post.

Just a few moments later, Adam Brown made his way to the touchline, but his cutback was against cleared by the solid home defence.

Ross Lyon almost replicated his wonder strike against Huntly. His 20 yard shot cannoned off the crossbar and went over for a goal kick.

Big Nat was next. He had two chances to score but only a fantastic double save by the Albion keeper kept him the big man off the scoreline.

SUBSTITUTION: Mikey Anderson comes on in stoppage time, he replaces Adam Corbett who may have a niggling injury.

All in all, this should have been a far more convincing result, but the 3 points is enough to move Stenhousemuir into 4th place in the league. The defensive trio looked solid and Nat Wedderburn was a standout in the middle of the park. Ross Forbes was another to have a good game and Tam Orr was on fine form. 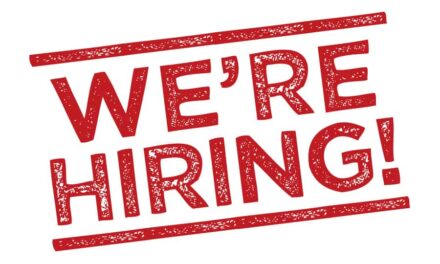 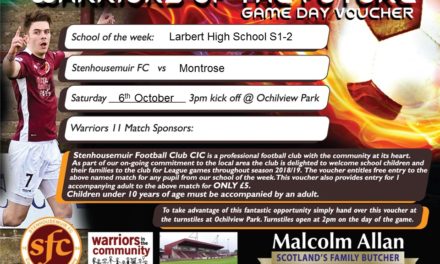