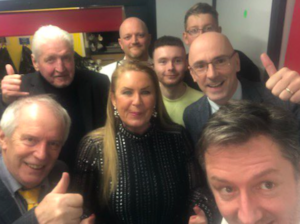 You might recall a few weeks back in a previous edition of Inside Ochilview, we brought you news regarding the club’s nomination for Herald Scotland’s Digital Transformation award for our live match streaming during the pandemic (https://www.stenhousemuirfc.com/2021/09/29/were-finalists-in-the-herald-digital-transformation-awards/).

We were nominated jointly alongside Albion Rovers and Hollywood producer Mark Miller, with the winner being announced at a virtual awards ceremony last Thursday.

We are delighted to share the news with you that we only went and won the award!

This recognition is an excellent feather in the cap to everyone in the media team and club who worked so hard to lead the way in matchday streaming for the majority of Scotland’s senior clubs.

It might not be the league or cup but it’s an accolade all the same! 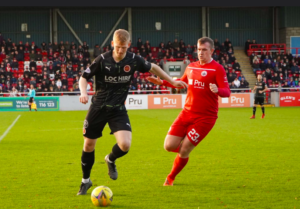 Back at the weekend the Warriors returned to action after a free week, as we made the short journey to the Forthbank Stadium to take on local rivals Stirling Albion in Cinch League 2.

The Warriors were expecting a tough encounter, however got off to the perfect start by taking the lead in the 11th minute. Nat Wedderburn sent a long switch out to Michael Miller on the right wing, which he was just about able to control. He then sent a cross into the box which evaded Orr at the front post but bounced off the knee of Cummins into the back of his own net.

Now filled with confidence, the Warriors started playing some really excellent football and were dominating in terms of creating chances. Christie came the closest on 18 minutes after controlling a long ball in the box and getting a low shot away. Unfortunately for the attacker, Currie was able to get down and pull off a smart save.

It was 2-0 to the Warriors shortly afterwards however on 22 minutes. Forbes slipped a pass into the feet of Orr just inside the box, before the striker turned his marker and fired a shot low into the bottom corner.

Orr could have very easily grabbed another goal in the 26th minute as he flashed a header just wide of the far post after an in-swung Lyons cross.

Sensationally, the Warriors did get their third goal of the afternoon on 36 minutes as Forbes stole possession on the right wing and drove infield towards the Binos penalty area. He then squared to Christie who’s first time effort flew into the net with Currie rooted to the spot.

Heading into the second half, our hosts seemed to have settled down slightly and consequently so did the game. It took Stirling until the 59th minute to create a proper chance, however they took it well to make the score line 1-3. A long ball was headed down into the path of Bikey who sent a low volley across the goal and past David Wilson.

Despite now being back in the game, the Binos continued to struggle to put the Warriors under any real pressure. Meanwhile, the Warriors remained dangerous on the counter.

It was almost 1-4 late on as Orr was played through on goal, however his effort was straight at the onrushing Currie before his follow up was blocked by a recovering defender.

The Warriors then saw out the remaining stages to secure a massive 3-1 victory! A fantastic performance which pulls the boys 6 points clear of 10th place and within touching distance of 5th.

No rest for the wicked as the Warriors were straight back on the park on Tuesday night to face Albion Rovers, just three days after facing Stirling.

The Warriors young team were in full force behind the goals for this one, making plenty noise right from the start. As it happened, they would be rewarded for their excellent support very early on as O’Reilly was played in behind by Christie before firing a low shot across goal and into the net to give the Warriors the lead in the 3rd minute.

Despite the early goal, Rovers kept their heads and remained right in the game throughout the early stages. However, they could so easily have found themselves 2-0 down as O’Reilly nicked the ball off of Lynas to run through on goal, only to fire wide of the target.

The Warriors lead only lasted until the 19th minute as Rovers equalised. After two failed attempts to clear the ball from the Warriors, Reilly picked up possession on the edge of the box and burst through on goal before finishing smartly past Wilson at the near post.

Spurred on, the visitors almost took the lead after 38 minutes as O’Donnell got in down the right and fired a low ball across the goalmouth to Wright who was only denied by a phenomenal save by Wilson to keep the scores at 1-1.

The second half remained a tight affair, with Rovers looking slightly more likely to grab the next goal than the Warriors. However it was the home side who regained the lead on 63 minutes as a Coll ball to the back post wasn’t cleared, leaving Cammy Graham with the opportunity to smash the ball home from close range.

This settled the Warriors down and they could’ve had a third as Coll received the ball on the left hand side of the box during a counter attack and flashed a vicious strike towards the top corner but Binnie in the Albion goal was equal to it.

However from the resulting corner the Warriors did get their third as Crighton rose highest to head towards Binnie, before the keeper spilled the effort into the side netting sending the home fans into a frenzy.

The Warriors confidently saw out the remaining minutes and could have scored a fourth through Graham but his shot was stopped courtesy of another Binnie save. All in all it was a great night for the Warriors as the 3-1 victory saw them climb to 5th in the table. 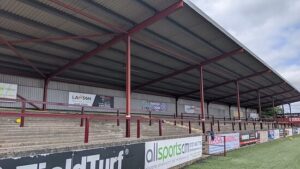 Just as the dust begins to settle from Tuesday’s clash with Albion Rovers, the Warriors are back in action with another Cinch League 2 head to head. This time against Annan Athletic as we welcome them to Ochilview.

Annan come into this one having picked up 4 points from their previous two outings after a run of 5 successive league defeats, sparked by the Warriors victory at Galabank back in September.

On the other hand the Warriors are on their best run of consecutive wins since 2013, having defeated Cowdenbeath, Huntly, Stirling and Albion Rovers.

A win for the Warriors would pull the boys to only one point behind Annan and the playoff spots, not to mention putting more distance between themselves and the foot of the table. Annan will be keen to extend their lead over the Warriors in the table and could rise as high as 3rd with a win.

This weekend the ladies team return to action after a week off as they play host to Edinburgh City in the SWF Championship South.

This fixture will no doubt prove to be a tough one as Edinburgh are currently the league leaders who come into this one off the back of a strong victory over Edinburgh Caledonia following a shock defeat to Ayr.

The Warriors on the other hand are looking to regain some form after a poor performance and disappointing result against Airdrie last time out.

A win for City will ensure they remain at the summit of the table, whereas three points for the Warriors will ensure that St. Mirren or Airdrie don’t leapfrog them and could also see them rise as high as 12th.

The match is a 2:30pm kick off at Ochilview, so why not get yourself along and support your local team!

Alternatively you can watch the game live on Warriors TV. 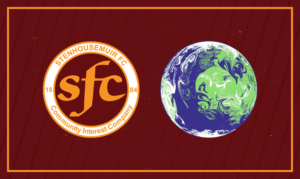 Its been impossible not to notice the plethora of world leaders that have descended on our small nation recently for the COP26 conference on fighting global climate change.

Even with all the big names in attendance, there was still some space for our club to be heard as Chairman Iain McMenemy spoke at Strathclyde University for Football for Future, an event organised by After the Pandemic.

To watch the full event and hear Iain’s thoughts, please follow the link below:

It’s that time of the month again where we announce the latest winners of our Community Sports Lottery, this time for the month of October.

To see who won what and to learn how to sign up, please follow the link below: 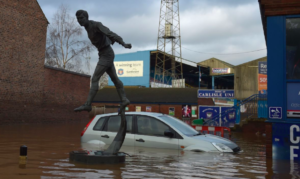 In the same week that club Chairman Iain McMenemy spoke publicly on climate change, the BBC have brought out this special piece on how climate change is having effects on clubs in the UK right now. Please follow the link below to read more:

As the bidding process gets underway for hosting the 2025 Women’s European championships, a record number of associations have put their name in the hat. Please follow the link below to read more:

With the SFSA currently conducting similar research north of the border, the FSA in England have released findings from their supporter survey looking at the experience of female football fans. Please follow the link below to read more: