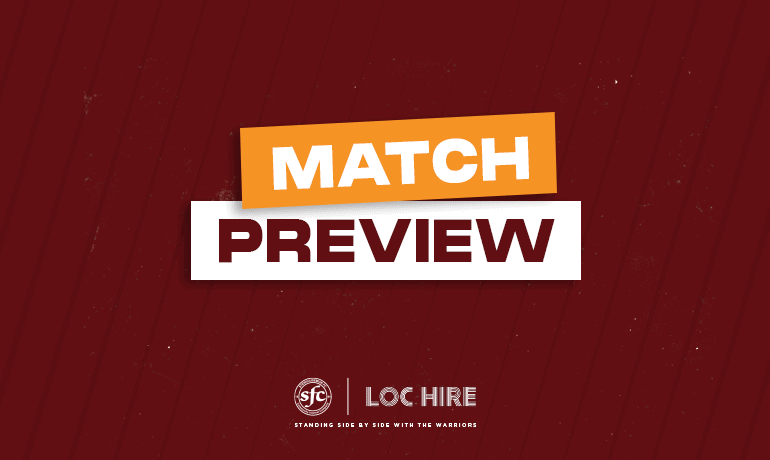 Just as the dust begins to settle from Tuesday’s clash with Albion Rovers, the Warriors are back in action with another Cinch League 2 head to head. This time against Annan Athletic as we welcome them to Ochilview.

Annan come into this one having picked up 4 points from their previous two outings after a run of 5 successive league defeats, sparked by the Warriors victory at Galabank back in September.

On the other hand the Warriors are on their best run of consecutive wins since 2013, having defeated Cowdenbeath, Huntly, Stirling and Albion Rovers. A win on Saturday would be our best run of form since 2008!

3 points for the Warriors would pull the boys to only one point behind Annan and the playoff spots, not to mention putting more distance between themselves and the foot of the table. Annan will be keen to extend their lead over the Warriors in the table and could rise as high as 3rd with a win.

Another great win to keep our impressive run going, how are the bots feeling after Tuesday night?

As you can imagine, the place is upbeat and we’ve desperately been trying to find a formula to get us going. Now that we have, I think the boys have got the mindset that they know what it’s like being in that dark place and they don’t want to go back there. So we’re just striving to do the right things that we’ve been doing and hopefully continue our run.

We’ve finally broken our duck with a home league win, how important was that given the run of home fixtures that we have?

It was so important as the longer it went on, the more difficult it got. For whatever reason, we’ve not really performed as well at home and we’re hoping that now we’ve got the monkey off our back, we’re can go out and produce better performances and the boys get the confidence to push on and make this a fortress at home.

The strength of the squad played a big factor in our win on Tuesday night with Beejay and Cammy coming on and turning the game. How important is it to keep such a big squad happy?

We were very aware of our squad size after the Stirling Albion game and we were so tempted to freshen it up before the game to properly utilise the squad. But I felt that, because the performance was so good against Stirling Albion, that it was very difficult to change and we decided to go with it for an hour. We always had one eye on the subs making a big difference. Beejay, Cammy, Dec Hughes, James and Ryan all played a very important part and we were always aware that the subs were play a big part in that. We said after the game that players may not always start the games, but they will play a big part and there’s things that can change so quickly. Mikey Anderson is a good example of a player that was out of the picture, then came in and performed well. Thomas Orr was out of favour and Thommo got injured. So things can change all the time, and it’s important that the boys realise that and are ready to play their part. So it’s important to emphasise that and keep them happy.

We have Annan visiting on Saturday who are undefeated in 3, but we do have a habit of breaking undefeated streaks this season! What are we expecting from the this time  around?

Annan are probably one of the best teams that we’ve played this season, performance wise. We went there and picked up a 2-1 win and we had no right to win that day, and I felt that they were the better team. Middle to front, with the likes of Owen Moxon, Tony Wallace, Chris Johnston and Michael Garrity with Aidan Smith through the middle, they’ve got real firepower middle to front. But we  feel as if we’ve also got real fire power middle to front and if we can go, play the way that we’ve been playing and attack them, I think that we can go and cause a real problem for Annan. We’ve got to keep concentrating on us and doing the things that we’ve been doing. The boys have been well prepped in regards to where Annan’s strengths and weaknesses are thanks to our Opposition Scout, Gary Sibbald. He’s come in and done really well, has been very thorough in his approach, so hopefully the boys can take that on board, but the important thing is that we concentrate on us.

Obviously we lost Ross Forbes after 20 minutes on Tuesday night, is Saturday too soon to expect to see him back and how is the squad looking for Saturday?

We assessed Forbesy last night [Thursday] and it looks like it will be a few weeks out for him with a hamstring tweak which is disappointing because I thought he’s been excellent lately, so I think that’ll be a big miss. We brought James Lyon in on Tuesday and he’s also feeling his hamstring so James is struggling as well and Partick Thistle are assessing him this morning [Friday] and he didn’t appear at training on Thursday because of that issue. We’ll find out how he’s looking, but that’s a big blow of two attacking midfielders that we’ve lost, so we’re disappointed in that. There are a few boys feeling a bit of tightness, but that’s to be expected with two games in a short period of time and Saturday will be three games in a week. So we’re hoping that the boys can dig in and round off a difficult week with another three points, so fingers crossed

Live Stream: If  you can’t make the match, Warriors TV has you covered with PPV commentary from Cameron McIntrye. PPV is available for just £10 here. 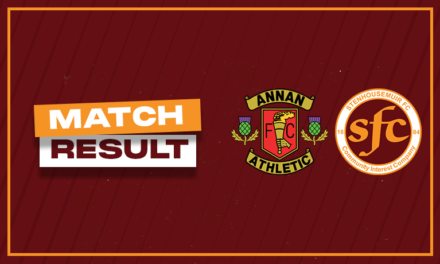