Stenhousemuir Football Club is absolutely delighted to announce LOC Hire as the Club’s Official Shirt Sponsor for next season. The current Warriors Short Sponsors will become the clubs principle sponsor for a minimum of 2 years with the option of extending it to 4. The LOC Hire logo will appear on both home and away strips and all replica tops for the start of the 2019-20 season providing the Club with fantastic backing over the coming seasons.

As part of the new partnership the Club will be running a supporters poll to help us select the new home and new away top designs. The poll’s will run on the Club’s official Twitter account next week so make sure you are following us and get voting for your favourite.

After next weeks supporters poll the Club hope to to be able to launch the new strips at this years Warriors Family Day which will take place at Ochilview on Sunday 26th May.

The Bonnybridge based hire company specialise in welfare, accommodation, tower lights, events storage and toilets. Dan Wharton set-up LOC Hire with a vision to provide customers with the best products and service. From an initial investment of just two welfare cabins to today’s fleet of over 200 welfare cabins, their ethos remains the same.

LOC Hire has always believed in thinking differently to similar companies. Take mobile welfare cabins for instance, they always pushed their manufacturer to create more flexible options. Rather than the standard 6/7 man welfare units – LOC Hire now offer up to 20 man mobile welfare cabins. They constantly looking for the edge that sets them apart and adds more value to their customers.

LOC Hire pride themselves on customer service. Far too many hire companies weren’t delivering on their promises. LOC Hire get the job done – but we never over promise.

Dan Wharton explained that is it the community ethos of the Club which influenced his decision;

‘I really like the community spirit of the Club. This is a fantastic opportunity for LOC Hire to be associated with Stenhousemuir FC. All involved with Stenhousemuir along with Jamie and the other Directors have really impressed us with their vision and drive to have a Football Club that offers so much to all types and ages of players and to the wider community too, and we look forward to a long and lasting partnership.”

‘A key priority over the last year has been to identify a main sponsor for the club, a partner befitting of being named as the Official Shirt Sponsor of Stenhousemuir FC. From the first meeting with Dan last year I was immediately impressed with the progress LOC Hire has made and perhaps more importantly the vision and principles that has underpinned the company’s success to date. For a community Club like Stenhousemuir FC we have to always be mindful of the partners we work with and LOC Hire is a local company that the Club will be proud of its association with.’

‘I am also really pleased that LOC Hire is looking to support the Club for the long-term with a potential 4 year agreement in place. The fantastic backing from LOC Hire is an immensely positive boost for the Club and will support our future development both on the park and in the community. We hope to be able to play our part in the continued development of the company by helping to raise their profile in the community. We look forward to a long, successful and mutually beneficial partnership with Dan and his team’

It is hoped supporters will be able to purchase the new Club tops from the family day in May. Remember and get voting next week for the strip of your choice. 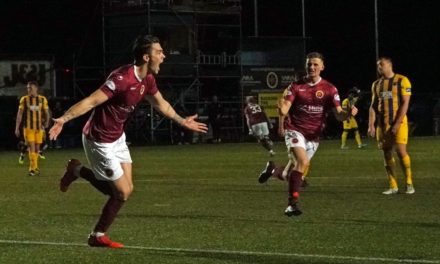 SFC VS WATERFORD PROGRAMMES FOR SALE 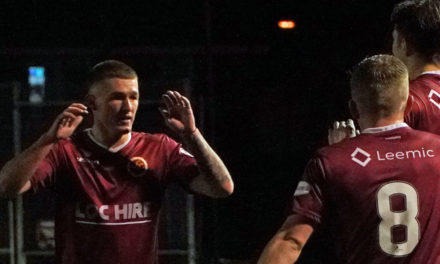 Revised fixture away to Stirling Albion