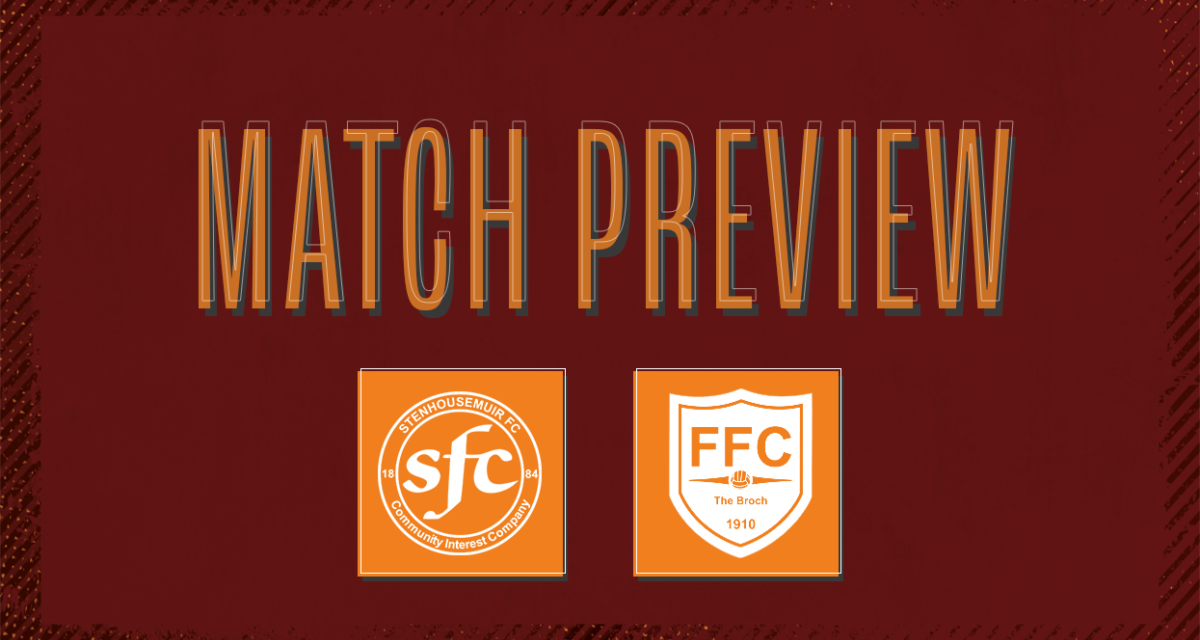 Ochilview play host in the Premier Sports Cup for the second consecutive week as we welcome Fraserburgh to Stenhousemuir.

Neither team have yet to pick up a point in this season’s competition so far. The Warriors opened their campaign with a 2-1 loss to Championship side Partick Thistle with Matty Yates scoring his first for the club.

Fraserburgh have played both Kilmarnock and Montrose with 2 losses as they’ve struggled to get results against the Premiership newboys and League One stalwarts.

Dan Higgins continues to be ruled out with a small injury, but Will Sewell will be able to make his competitive debut for the club.

Despite his red card last week, Swifty will be in the dugout and by having a free midweek, Swifty and his team have managed to work with the boys on Tuesday and Thursday and the squad have felt the benefit.

“I think it’s been really positive this week. I think the boys know that we’re looking to develop every week and I think we’re doing that. Even this week, we’re analysing our performance in terms of using the video and looking at things that we can get better. Especially on Thursday night, the boys were very responsive when they realise what we’re looking for and how we can progress with the shape that we’re playing.

“We’ve got real fire coming back in terms of Will Sewell and Euan O’Reilly is coming back to full fitness too, so everything is looking pretty good for us to go and attack this week. It will be a difficult one for us with 3 games in 8 days, but the biggest focus for us is getting the players ready and also see what team is going to be ready for Albion Rovers. That’s been in forefront of our minds.”

Fraserburgh maybe strangers to The Warriors, but it’s by no means going to be an easy task to get the better of the Highland League team. They’ll come here looking for the win and Swifty is well aware of the dangers they pose.

“They’re Champions of the Highland League, so they’ll be a very decent team. They’ve obviously had great success last year and will consider themselves unlucky not to come up into the Leagues in terms of losing to Bonnyrigg and they look as if they’re a club with ambition. So they’ll want to come here and take a scalp. They’ve scored in both their games, against Kilmarnock and Montrose respectively, but we look it and see that they’ll have an attacking threat and we need to be aware of that.”

Stenhousemuir fans may finally get their first glimpse of Will Sewell this weekend as he looks to have overcome a light injury and is raring to go.

“I think Will is a striker that likes to come in to a defender’s blind side. He makes a lot of intelligent and persistent runs, so he’s obviously a threat in behind and it will be good to get him some time. It may take him a bit of time to get up to speed, but we’re fine with that and he’ll hopefully get some game time on Saturday and we can assess from there.”

One of the new boys for this season, Conor Brennan, also took some time to talk to the website this week. We caught his thoughts on the positive performance on Saturday in what was his first competitive appearance for the club.

“Ultimately, we want to go and win games and compete but when you’re playing against full time teams it can be tough at times. But I though, overall, we played well on Saturday.”

On paper, Fraserburgh may be judged as an easier test, but we’re all aware of how football works and we think it will be nowhere near an easy game.

“I’ve seen them play before obviously, last year, and to go up and win leagues you need to compete and you need to have winners in your team and last year they had that and I think they’ve kept that mentality throughout the squad.”

Conor’s first match for The Warriors was probably as tough as it will be at Ochilview this season, certainly in this calendar year, and before we let him go, we asked him on how his first home match was, in front of almost 1,000 fans.

“It was nice to get a competitive debut and it was nice to see the fans back out in full flow. Obviously COVID aside and getting more people along does help the team in the long run. So hopefully that’s something that can continue.”

The two sides have met once before with The Warriors enjoying a 3-0 win in the Scottish Cup at Ochilview in November 2013. Swifty will certainly be looking to double down on that win and pick up the first points of our Premier Sports Cup campaign.