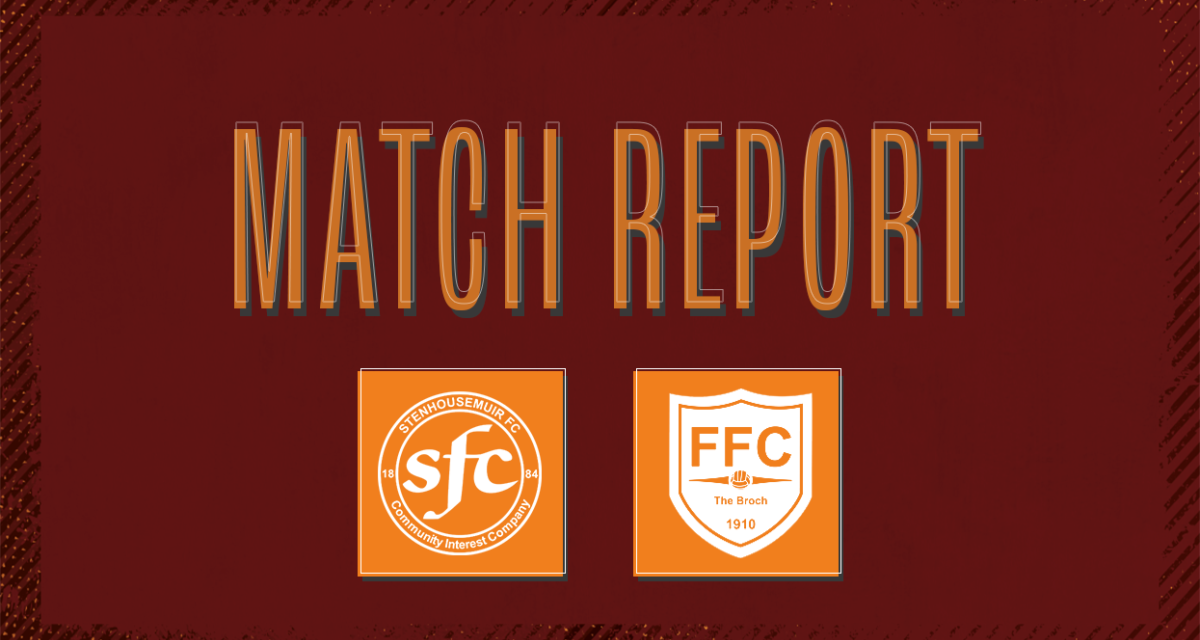 Swifty makes 5 changes from the team that started against Partick Thistle last week. Jay Cantley, Scott Walker, and Will Sewell all make their first competitive starts for the club while Ross Forbes and Adam Brown also come into the starting lineup. Adam Corbett and Dan Higgins both miss out with light knocks.

Warriors started the game sharply with Will Sewell looking to get beyond the defence on a few occasions.

It was Will that had the first proper chance as he got on the end of a Ross Forbes chipped through ball. His right footed volley went just wide of the keepers left hand post.

There was another good chance just a few moments later. Another ball over the top was picked up by Bryson this time. His cut back was met by Adam Brown, but the ball was fired wide.

And again, Scott Walker this time causing problems down the right, he was clipped inside the box, but rather than go down, he stayed on his feet and teed up Ross Forbes who drilled a left footed drive wide.

The first 20 minutes belonged to The Warriors and should be a few goals up. They’ve managed to control the game so far with the midfield 4 controlling the game.

GOAL: The pressure is finally rewarded for the home side. Scott Walker got on the end of a Cantley pass and he played in Tam Orr. A clever reverse pass from last season’s top scorer was met inside the box by Will Sewell and he drilled the all into the far corner. STENHOUSEMUIR 1-0 FRASERBURGH [Will Sewell, 25 minutes]

30 minutes goes and the ref calls for a water break. The Warriors have controlled the game from the start and could maybe have been a few more in front, but the performance has been strong for the first half an hour.

The Warriors continue to control the game for the rest of the half. They may be a bit aggrieved at not scoring more, but the game has been fully under control for the home side.

The Warriors came out firing again in the second half and picked up a corner kick in the first 2 minutes. Ross Forbes swung in right on top of the defence, but they managed to clear.

GOAL: It’s another debut goal! Fraserburgh went missing at the back and Adam Brown set up Callum Yeats. His cut back was met by Bryson 8 yards out and he simply cushioned the ball into the back of the net. STENHOUSEMUIR 2-0 FRASERBURGH [Craig Bryson, 52 minutes]

Fraserburgh started pushing forward a bit more and Nicky Jamieson picked up his first booking of the season for a high challenge.

SUBSTITUTION: Another change for The Warriors just a few moments later as Nicky Jamieson struggles with a dead leg. He’s replaced by Niyah Joseph with Mikey Miller dropping into defence to partner Sean Crighton.

Will Sewell should’ve doubled his tally on 64 minutes. Niyah Joseph found acres of the space in the middle of the park and he found Will in the box who had all the time in the world, but blazed his shot over the bar.

Fraserburgh had a rare forward move shortly after but the header to finish the move was well wide.

Warriors broke forward again via Will Sewell he cut the ball back to Niyah Joseph, but his shot was blocked.

The game became far more open and Fraserburgh have another header on goal. This time on target, but far to tame and was easily held by Jay who’s nit had much to do this afternoon.

SUBSTITUTION: Fourth change of the match for The Warriors with Mikey Anderson replacing Will Sewell.

GOAL: The Warriors extend heir league to three. Mikey Anderson paid a perfect through ball to Matty Yates who rounded the keeper and scored his second for the club. STENHOUSEMUIR 3-0 FRASERBURGH [Matty Yates, 76 minutes]

Fraserburgh continued to push forwards in attempt to pick up a consolation goal and although both teams had a chance to add to the scoreline, the game finished with 3 points for The Warriors.

In the end, an easy victory for The Warriors with Will Sewell and Craig Bryson both opening their accounts for the season. Matty Yates was also on the scoresheet.

There’s a quick turnaround as the boys prepare to face Montrose, away, on Tuesday night. 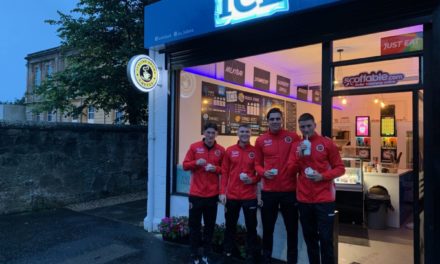 Warriors tie in with Ice 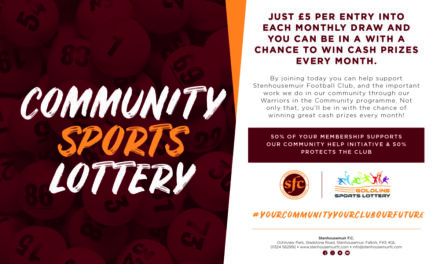 PLEDGE YOUR SUPPORT TO OUR COMMUNITY & YOUR CLUB 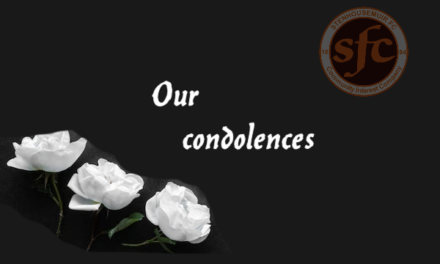