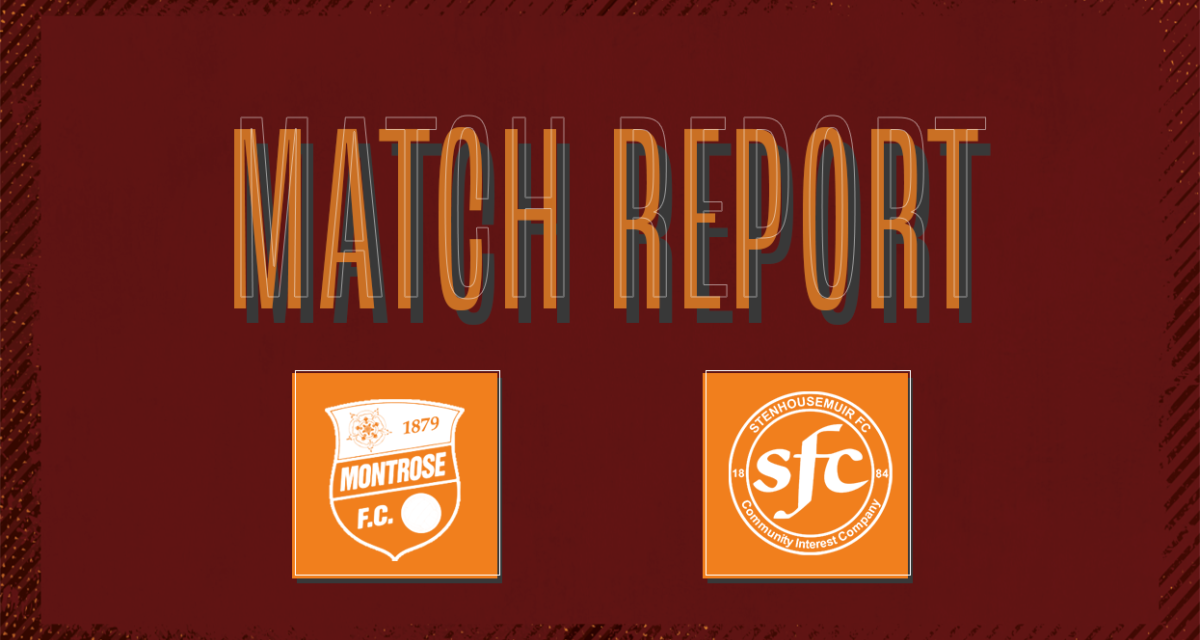 Swifty rotated his team again and made 7 changes form the team that defeated Fraserburgh just 3 days prior.

Conor Brennan resumes his position in goals while Adam Corbett returns from a slight injury and replaces Nicky Jamieson who is out with a dead leg. Mikey Miller comes into the right back position with Adam partnering Sean Crighton in the middle of defence.

Niyah Joseph starts his first game for the club in a midfield that also welcomes back Euan O’Reilly, Nat Wedderburn and Mikey Anderson.

Will Sewell and Matty Yates lead the line up front. 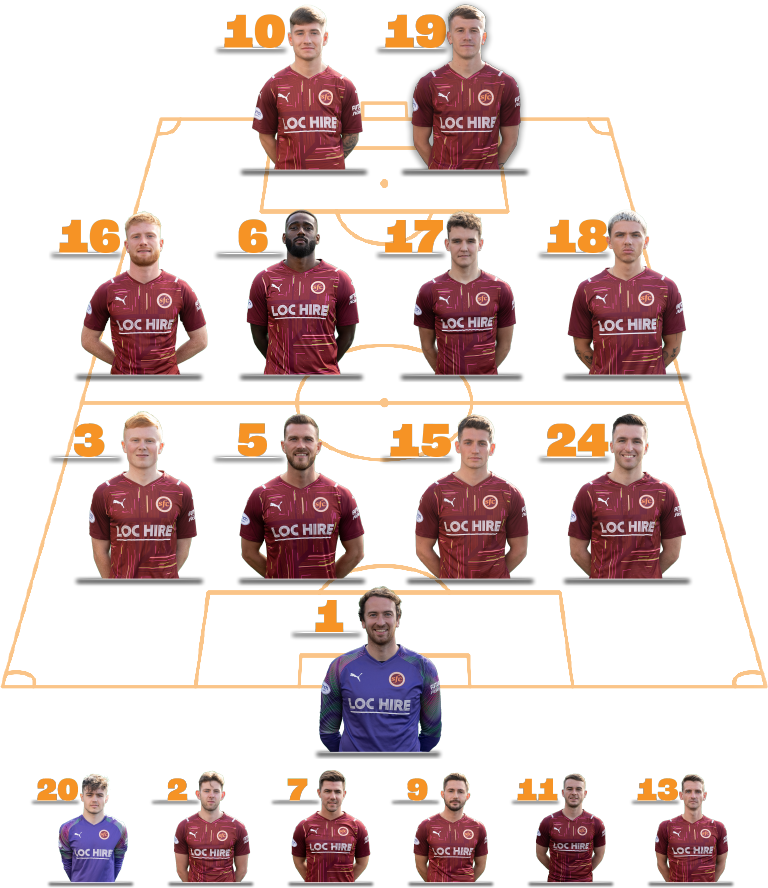 The hosts started the game sharp and had several good chances in the first 10 minutes. Euan O’Reilly set out his plan for the match and was cynically fouled a few times in the opening minutes.From one of the fouls, the inner floated in a free kick and Will Sewell rose well to get the first shot on target in the game, though he couldn’t get any power to trouble Lennox in the Montrose goal.

It wasn’t long before the next opportunity came along. Mikey Anderson managed to control the ball from a Niyah Joseph knock down and the former Queen of the South man took control and darted forward with a driven run. He took his shot as the goal opened up, but again Lennox was comfortable in saving the shot.

Mikey Anderson was next up and really should’ve opened the scoring. The young midfielder has grown from strength to strength since the turn of the year. Nat, Sean, Mikey Miller, Niyah, Matty and Will all played excellent passes with Will passing the final ball to Anderson who was through on goal. His first touch was a bit heavy though and Lennox was able to smother the ball. Some great passing on show from The Warriors in a back to front attacking move that explicitly highlights Stephen Swift’s style of play.

Matty Yates also had a good chance to get on the end of a low Euan O’Reilly cross, but the young striker just couldn’t make contact.

Montrose struggled to get anything passed the defence and The Warriors were always quick on the attack which continually caused the home side problems. Will Sewell almost benefited from once such opportunity as he managed to head the ball back to Mikey Anderson. His subsequent flick over the top was met by the former Largs Thistle striker but he managed to drag his shot wide of the post.

It took Montrose almost 20 minutes before their first shot on target. Craig Brown took on the shot from the corner of the box, but Conor Brennan was able to hold the ball at his near post.

Montrose seemed to be getting into their stride as it was only a few minutes later before their next chance. This time Niyah Joseph’s slack pass in the middle of the park was met by Mark Whatley. He played the ball forward to Graham Webster who eased the ball onto his left foot but shot straight at Brennan who held the ball well again.

30 minutes into the half and The Warriors had their best chance of the game. Euan O’Reilly controlled the ball well and floated in a cross into the middle of the box. Mikey Miller popped up 6 yards out unmarked, but managed to head the ball inches over. Chance after chance for The Warriors, but nothing finding the back of the home net.

Euan O”Reilly was next up to have a shot. Sean Crighton played a long ball over the top to the winger who brought the ball down, beat his defender, but his right footed shot drifted wide without troubling the keeper.

One last chance for The Warriors in the half as Matty Yates perfectly picked out Will Sewell. His control inside the box was sublime to get him into a perfect shooting opportunity, but he just couldn’t get any force behind his shot and it was easily collected.

Stenhousemuir have been by far the better side and are unlucky not to be ahead. They need to be more lethal in the final third if they want to take the 3 points. Montrose have struggled with the pace and energy of Sewell, Yates, Anderson and Joseph and proceed to make 3 changes at half time.

Lewis Milne had the first chance of the half but his shot was deflected and ended up narrowly over the bar.

GOAL: Immediate impact from Tam Orr! He played a lovely one two with Matty Yates and the striker managed to get the space to take on the shot. It was well saved by Lennox, but the keeper could do nothing as Euan O’Reilly drilled home the rebound to pick up his first goal of the season. MONTROSE 0-1 STENHOUSEMUIR [Euan O”Reilly, 68 minutes]

A goal that was coming, yet didn’t really spark Montrose into life. In fact, it was The Warriors that almost doubled their lead a few moments later. Tam Orr had a shot well saved inside the box, it come off the post and Euan O’Reilly was at the back post to head in. Unfortunately though, the assistant referee raised his flag for offside.

GOAL: The second goal did come in the 70 minute. Sean Crighton played another long ball over the top. Euan O’Reilly took the ball down and beat his man in the single move and then slammed the ball passed the on rushing keeper to double his tally and extend the visitors lead. MONTROSE 0-2 STENHOUSEMUIR [Euan O”Reilly, 80 minutes]

SUBSTITUTION: Another double change as Adam Brown and Ross Forbes replace Euan O’Reilly and Matty Yates in the 81st minute.

That was the last action of the match. A very strong performance by Stenhousemuir, perhaps the best of the Swift Era. We now go to Rugby Park on Saturday with a victory potentially securing qualification to the next round. 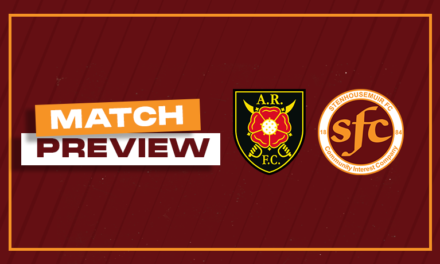