The Premier Sports League Cup saw the Warriors travel to face higher league opposition as we played Dumbarton. The match ended in a 2-1 win for the boys as we took our 100% preseason win record into the competitive season.

There weren’t any Warriors fans at the game, however there was a small crowd permitted inside the stadium to see us almost take an early lead as Thomson headed off the post from only a few yards out.

The following exchanges were fairly even with little clear cut chances, until Connor Duthie skied a great chance as the ball was cut back to him 10 yards from goal. Our hosts did however take the lead in the 40th minute when Ross McLean was teed up in the box and side footed an effort past Marshall into the corner of the net.

The Warriors came out strongly in the second half but relied on Marshall to keep it at 1-0 as he saved from McLean from a tight angle with his feet. Thomson should have then made it 1-1 shortly after but his effort rose over the bar.

We did however equalise on 63 minutes as Lyons grabbed his first goal from the club by curling an excellent effort into the top corner from 22 yards out.

The turnaround was then completed in the 79th minute as Thomson made up for earlier misses by heading in a Brown cross in off the bar.

An excellent win for the Warriors which will no doubt build both momentum and confidence within the squad. 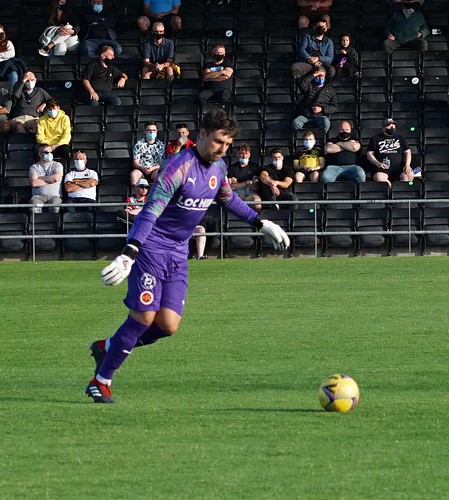