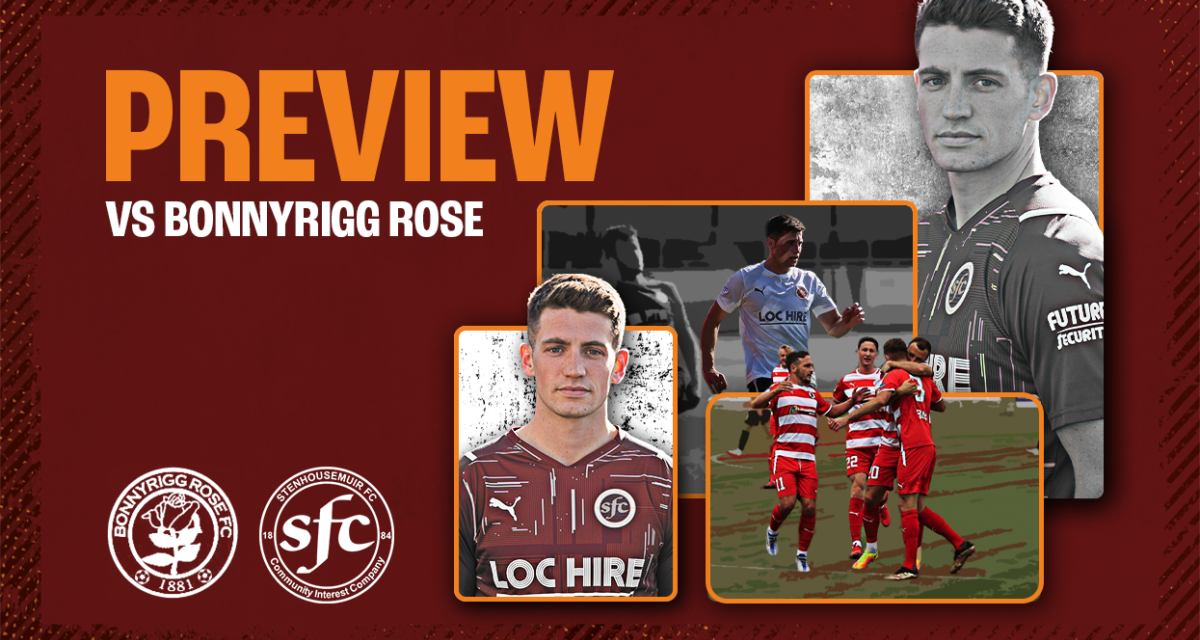 Stenhousemuir travel to the Southside of Edinburgh this weekend for our first competitive match against Bonnyrigg Rose.

The Rose became the fourth club to be promoted to League Two since the playoff introduction have have taking to life in League Two pretty well.

2 wins and a draw in their first 3 League matches propelled them into 2nd place in the league. However, their form since then has almost been the opposite of our own. Whereas The Warriors have sprung into life since our disappointing 3-1 defeat in Elgin, The Rose have struggled picking up only 3 points form their last 4 league matches.

As usual, the website caught up with Stephen Swift as he prepares to take his team east to face Bonnyrigg.

It will have been 11 days between matches for The Warriors, and that must be frustrating when we’re on such a good run.

“Ideally, we want to build on that momentum, but it is what it is. Hopefully it’s not taken the stuffing out of us. Sometimes it work for you, sometimes it can work against you and we’ve just got to hope it works for us. We’ve got a really good squad and we hope that the boys can continue from where they’ve left off.

“It’s been a good week. We’ve continued off from where we’ve been and it’s been the exact same setup and the boys have responded well. So hopefully we can go and get the result on Saturday.”

Dan Higgins hobbled off the pitch 31 minutes into our last game, and he looks like the only absentee from the squad for our trip to Bonnyrigg.

“Daniel is probably going to miss Annan as well, but hopefully he gets a week’s training under his belt before Stirling Albion, so that’s the plan. So hopefully his rehab goes on track and he can come back then because he’s done well.”

Although we’ve never played Bonnyrigg, Conor Brennan is well aware of the club having met them last season with East Kilbride. We caught up with the first choice keeper and asked him his thoughts on Saturday’s opponents.

“I’m looking forward to it, I think it will be a competitive game. I was lucky enough to play against Bonnyrigg last season in the Lowland League. They’re a good outfit and there’ll be a big fan base at the game. Obviously back on grass and that’s something that we’re looking forward to and hopefully climb further up the table.”

“We’ve plenty depth in the squad and everyone’s pushing each other collectively and individually and we’re now coming together and have a good bond. There’s competition for places out there, and I think that’s only healthy.”

Prior to Saturday’s match, Bonnyrigg Primary are holding a bucket collection at NDP to help with the cost of their upcoming camp trip and all donations will be welcome.

The Supporter’s bus is also available for Saturday. leaving Ochilview at 12.30pm. As usual, you can register your interest with Andy McPhate on Twitter. 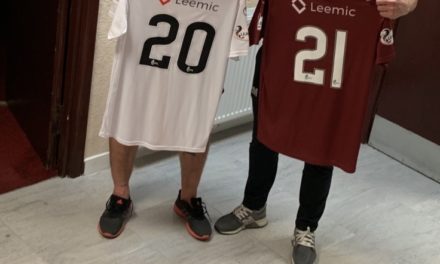 Captain Munro extends his stay at the Warriors 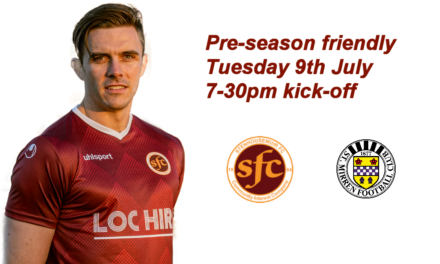 Signing News- The Latest news from the dressing room