Willie Gibson signs for The Warriors

The cultured attacking midfielder will be well known to Warriors fans and represents a significant coup for the Club. The vastly experienced play maker can play in a number of positions in the attacking third and will add a high level of quality to the squad.

Gibson started his career at Queen of the South and continued in full-time football with a number of clubs including Kilmarnock, Dunfermline, St Johnstone and Falkirk before a second spell at Queens. More recently he has added Stranraer, Dumbarton and Peterhead to an impressive playing career that has spanned 19 years. Having amassed more than 400 professional games scoring over 60 goals Willie arrives at the club with a great pedigree to match his undoubted technical qualities.

Gibson left Peterhead by mutual consent on Saturday after helping the Blue Toon to the League 2 title last season. Colin McMenamin moved swiftly to lure the highly sought after attacker to the Warriors. Speaking to Warriors TV McMenamin said he was delighted to secure Gibson:-

‘I am delighted to have Wullie on board. He is a player who has played at the highest level and comes with a wealth of experience. He Adds quality to the side and will also help with the coaching side. He will be a great role model for our younger players and I’m excited to work with him ‘

The Club’s principle sponsor and official shirt sponsors LOC Hire played an integral role in helping the Club win the battle to the signature of Willie Gibson who had interest from a number of other clubs. The locally based welfare and accommodation specialists signed up to a 4 year deal earlier this year to become the Club’s leading partner and are already making a hugely positive impact. The Board of Directors wish to place on record their deep gratitude to our partners for giving the Club such vital support at an important stage in the transfer window.

Gibson may feature this Saturday for our trip to Annan. 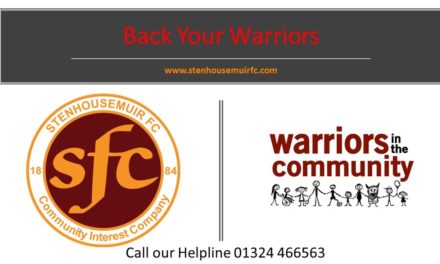 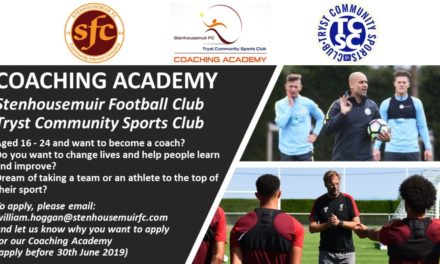 FREE ticket give away to our members 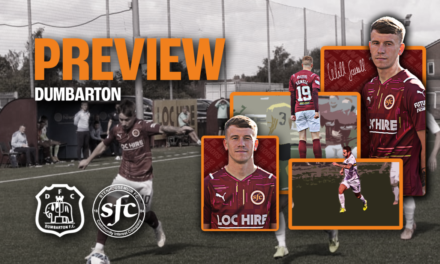