A New Challenge For Jamie Our Community Officer Jamie Swinney is changing roles within the club and moving over to head a new venture jointly funded by Larbert High School and Stenhousemuir FC and starts his new position on the 16th August.

Jamie will be starting up a new venture called the Tryst Community Sports Club and will become the Head of Sport.
His role will be to get the school and club involved with other sporting organisations within the district introducing school children to the various sports that are on offer within the local area such as Golf, Rugby and Cricket to name a few, hopefully encouraging them to become proficient at these and other sports and maybe go on to become accomplished at one of them at a high level. 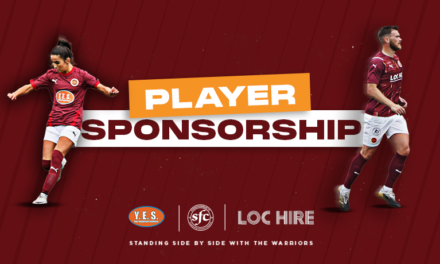