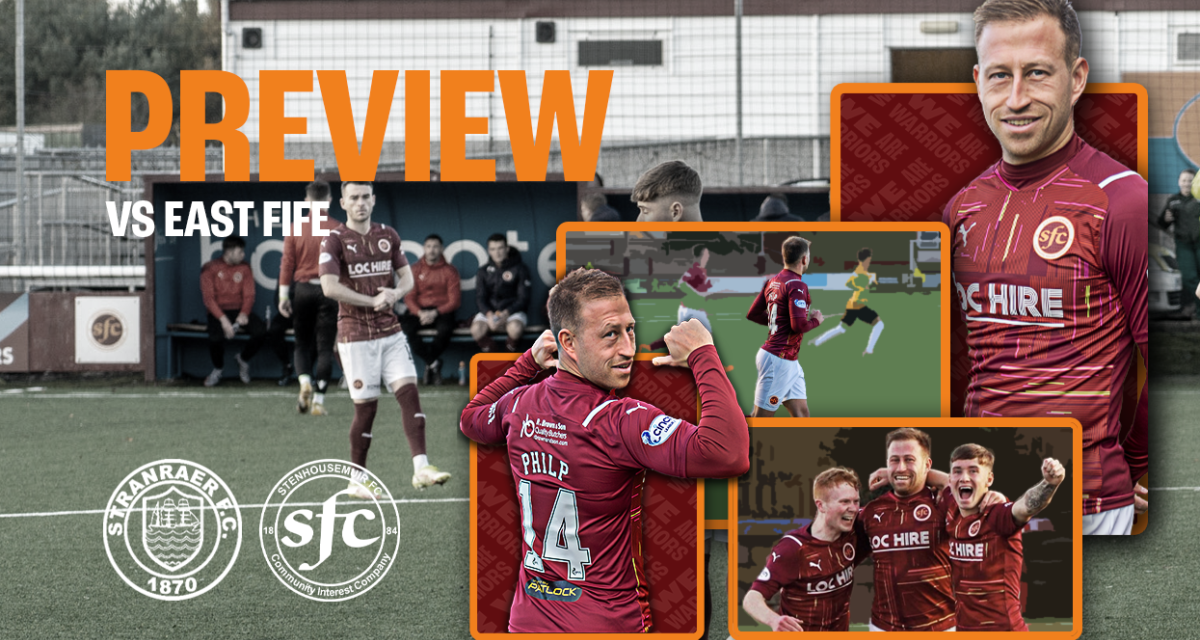 Stenhousemuir make the long trip south as we head to Dumfries and Galloway to take on Stranraer.

The Blues currently sit in 6th place, 3 points behind The Warriors.

A victory for Stenhousemuir could take them as high as third in the table. However, a loss to Stranraer would bring The Blues level on 19 points.

As usual, the website caught up with Swifty this week and with suspensions and injuries to deal with, we asked the gaffer how training and preparation has gone this week.

“It’s been a good week as usual, the boys attitudes have been brilliant, so I can’t really fault that. But we’re just looking forward to doing a bit of shape and organisation tonight [Thursday] and we’ll be ready to go.”

The Warriors were victim of yet another late goal at the weekend with 23% of all goals conceded after the 80th minute mark the season, it must be about making that right this weekend.

“Aye, it was a bit of a dagger blow for the boys in terms of playing so long with 10 men. We grinded in and I thought we were going to get the 3 points, which I thought we deserved in terms of grinding it out, but the boy [Healy] is a very good player and he’s scored a cracking goal, so we’ve just got to deal with it. But, these boys are resilient and I’m really confident in the spirit that we’ve got and we’ll look to go to Stranraer and get 3 points.”

Stenhousemuir don’t have the best record against Stranraer overall, but you have to go back just over 7 years to the day since our last victory in Stranraer. Jason Scotland and Mark Gilhaney both scoring in a 2-1 victory back on 7th November 2015. They’re a club that the management team know very well, but how do they approach this match knowing that history isn’t on their side.

“We want to put these things right and obviously it’s our mind how poor we’ve been against Stranraer. So, that’s on your mind, but you try and create the positives with the players in terms of all the good stuff that we’ve been doing and I feel that we just need to keep what we’re doing and eventually, our fortunes are going to turn.”

Dan Higgins picked up his, and the club’s, second red card of the season last week and he’ll miss out. But is it too soon to see Sean Crighton or Nicky Jamieson come back into the team?

“Sean will be training tonight, so fingers crossed by the end of the session, we’ll if Sean is able to go or not. Nicky is still out.”

Match Entry: Stranraer have a pay at the gate policy with cash only accepted at the turnstiles.

Getting There: Click here for details of how to get to Stair Park by car or train. Contact Andy McPhate on Twitter for the Supporter’s Bus info [leaves Ochilview at 10.30am]

ON THIS DAY – 12th November 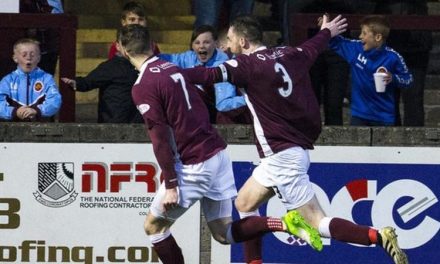 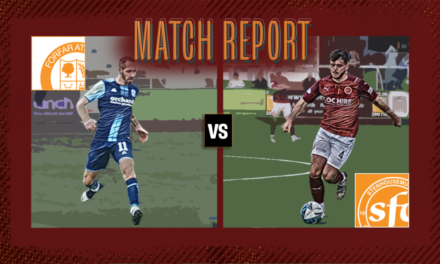 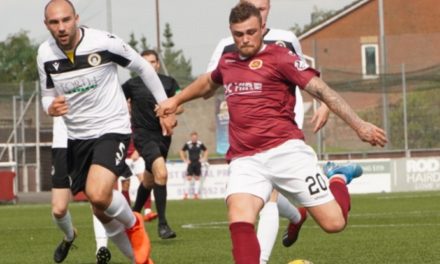