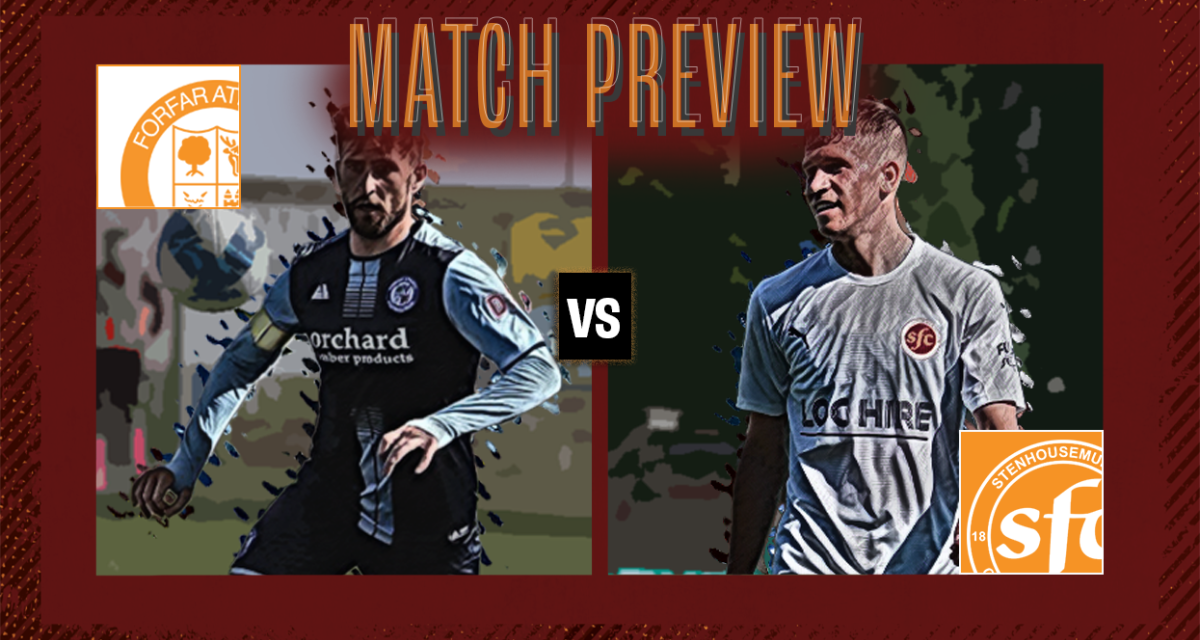 Stenhousemuir are on the road again as we travel north to Forfar to take on a team in a similar position that we find ourselves in.

Forfar were well tipped to be up in the mix season but, like ourselves, a difficult start to the campaign has already had them under pressure.

A win, a draw and 2 losses for the Angus side has them in 6th place, just a single point ahead of Albion Rovers, Elgin City, Annan Athletic and Stenhousemuir.

As usual, the website caught up with gaffer Stephen Swift after Thursday night’s training session. It’s been said before, but it’s time to get the league started, and it needs to start on Saturday.

“I think we need to get it going. With Forfar, a team that we know well after last year, it will be tough. I think they’ll be a team definitely in the playoffs, so it’s never an easy game.

“I’ve asked for more from the boys and we’ve looked at analysis from Forfar and we know exactly how we’re going to set up.

“So ultimately, it’s going to be about attitude. A bit more intensity in our play and hopefully we can get the ball rolling.”

Player confidence is definitely an issue, but one thing that helps strikers with confidence is scoring goals. Tam Orr came off the bench and done just that, so how does that impact the confidence that Tam needs to kick things on.

“I think at 3-0, it’s one he’s come on and scored, but the game was done. We’re looking for players to produce right from the start and hopefully we pick a team on Saturday that will go right from the off.

“It’s difficult to actually pick players week in week out at the moment, because I think the boys know themselves that they’ve not been consistent enough. But fingers crossed, we can get the right selection on Saturday.”

As the squad prepares for Saturday, we also took the time to talk to Adam Corbett who enjoyed a goal scoring spree last season against Forfar. Again, we asked the importance of finally getting the season up and running on Saturday.

“I think we should’ve done that a few weeks ago, but this is a big point in our season on Saturday. Really important game for both sides, but if we can pick up the points it will be a real catalyst point for the rest of the season. ”

Adam managed to pick up 3 of his goals last season against Forfar, so we had to know what his secret was!

“I don’t really put it down to anything. I look to score goals in any game and always try and be positive with the ball. But if I can get a couple more on Saturday, that will be excellent.”

Adam came to club as a centre half, but has since really made the right back position his own. How much does that versatility effect his games and development.

“I look to always help and play wherever I can. It’s been good for me to play and get forward and seeing a bit more of the ball in the attacking third. But, like I say, where the team needs me, that’s where I’ll play and I’ll dig in.”

Finally, we hear a lot from Swifty about the analysis team, but how do the players deal with all that information.

“The guys do a great job every week. It gives us a heads up coming into the game on Saturday and we really appreciate it. We’ll just need to match that hard work on Saturday.”

Mikey Miller has been missing for the last few matches with a minor injury and he should be back in contention for a starting position on Saturday with Swifty having a full squad to select from.

Getting There: Click here for details of how to get to Station Park by car or train. The supporter’s bus is available for this match at £20 return. Contact Andy McPhate on Twitter to book your spot. 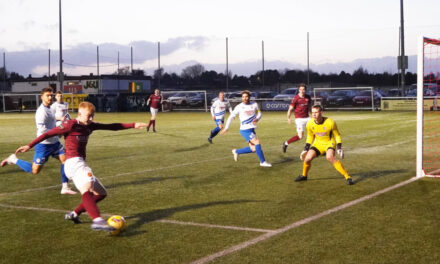 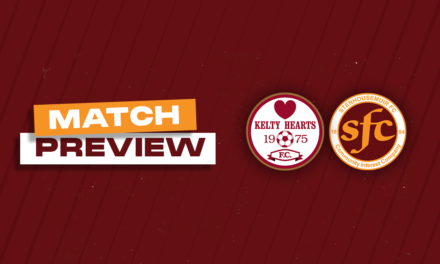