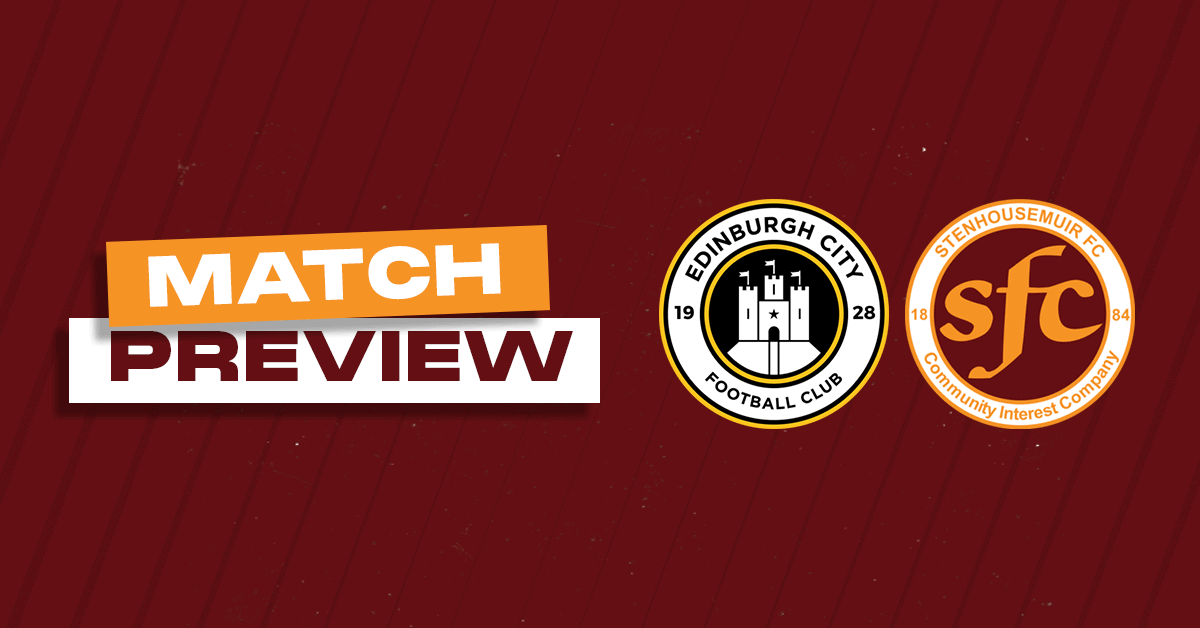 Stenhousemuir kick off a busy month with a trip to fellow form team Edinburgh City on Wednesday evening.

With the two teams neck and neck for the final playoff position, both teams will be looking to continue their good run of form.

For Stenhousemuir, a win will see us leapfrog our hosts into 4th position on goal difference having played 1 game fewer.

Stenhousemuir have had the upper hand in this fixture with 7 wins in the 14 competitive meetings between the sides however, they have struggled recently against The Citizens, managing only a singe victory in the 8 meetings.

Aside from Graeme Smith, the gaffer only has Nat Wedderburn as a potential absentee after the big man hobbled off during Saturday’s win against Forfar. Warrior’s TV caught up with Swifty on Monday and asked if the big man would make the squad.

“We’ll need to see on at training tonight. I spoke to him on Sunday and he was really stiff. But, the big man is a warrior and he always wants to play. We just need to make sure that he’s not going to do anything stupid because we’ve got a lot of games coming up, but weigh it up tonight [Tuesday] and we’ll see.“

The Wednesday fixture throws up a lot of challenges in respect to our schedule. Normally, the boys have a heavy training session on Tuesday and then have a more tactical session on Thursday. But with a game on the Wednesday, we asked Swifty how he and the squad will cope with being out of sync this week.

“Obviously Wednesday has put us out of sync in regards to our routine. But, we just need to take every game at a time. The boys know, and we’ve explained to them, it’s the business end of the season and every game, every point, is going to be very important. So although we’re out of our normal routine, the boys will adapt and make sure tat we’re well prepared. The good thing is that we’ll be in Tuesday and we’ll do our homework on Edinburgh, like we do with every other game and we’ll implement that into Tuesday session. So it’s good in the fact that it’s fresh in the boys minds, and we’ll roll on from there.“

The Warriors are the 2nd best in-form side in the SPFL, with only Premiership leaders Celtic winning more points in their previous 6 league games and Swifty and the boys will be sure to keep that run going and we asked what has been the catalyst for this good run of form.

“We are hitting a good bit of form. After the Cowdenbeath game, we had a lock in with the players in regards to speaking about what we can all do better as a group, the coaching staff, the players, just an all round good, open chat. They had a few things to come back with and we had a few things that we asked of them. We’ve obviously changed a bit of personnel and a bit of the structure of the team with Thomo coming back and a couple of new signings have gave us a real freshness. And I think some times that alone can give it a new dynamic and we’re taking every game as it comes individually. Whether it be Stranraer away or Forfar at home, we’ve gotten to know these teams inside out now, and it’s allowing us to prepare very thoroughly. So I think that’s been a big part as well.“

If you want to go along and cheer on the boys, a Supporter’s Bus will be leaving Ochilview at 6.30pm and you ca secure your place by contacting @andymcf8 on Twitter.

Tickets are available either as pay at the gate, or by purchasing in advance on line here. 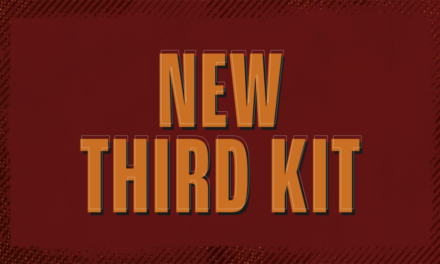