By now you will have all seen last Thursday’s announcement regarding the appointment of our new Chief Executive Officer, unfortunately it was just too late for the news to feature in last week’s edition of Inside Ochilview!

The club was delighted with the level of interest around the vacant post and also the quality of the applicants. However, in the end it was Blair Cremin that stood out from the other candidates and will become Stenhousemuir FC’s new CEO on October the 4th!

So, what do we know about Blair? Originally from Stirling, he played football throughout his youth, only hanging up his boots after being forced to through injury. It’s this background that led Blair into coaching, first as a Youth Coach at Falkirk FC and then as the Head of Youth Development at Stirling Albion. Continuing with the trend of development, Blair then went on to be successful as a Development Manager at Active Stirling , before taking up the role of Regional Development Manager at Scottish Netball and more recently Pathways Manager at Scottish Fencing.

When asked about his appointment, Blair had the following to say:

“Stenhousemuir FC has an excellent reputation in Scottish football, and the opportunity to come here and be part of this progressive club is one I am really looking forward to.”

“My experience in football as a player, coach and administrator has shown me that football has the power to make a significant positive impact in people’s lives, and we aspire for Ochilview to be a real hub for good, for the people of Stenhousemuir.”

“The work the club does in the local community is something that all fans and local residents can be proud of, and I am relishing the challenge of bringing my experience from the sport industry to support growth in this area. I am grateful to the board for giving me this opportunity and look forward to working with and learning from everyone associated with the club.”

“Blair stood out as he demonstrated a deep knowledge of football, as well as a proven track record in sports management. He will bring fresh thinking and new ideas and we are delighted to welcome him on board.”

Obviously there is plenty more to learn about Blair that only he can tell us, which is why we will be releasing an interview with him in the coming weeks. So keep an eye out!

In the meantime, welcome to the Warriors Blair! 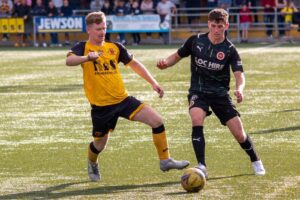 Well Warriors, it took a while but back on Saturday the boys eventually secured their first league win of the season away to second place Annan Athletic! At times in recent weeks it seemed like we just weren’t getting any luck at all, however we pushed through it and now our campaign is up and underway.

Heading into the game, Annan sat only 1 point behind league leaders Kelty having won 4 on the bounce, whereas the Warriors remained rooted to the bottom of the table with only 2 points.

The initial stages of the match were even, with both sides seeing their share of the ball without creating very much. It took until the 11th minute for the first half chance to fall the Warrior’s way. A Graham shot from the edge of the box was deflected by an Annan block up into the air, where it spun off the head of Orr who was unable to keep his effort on target.

The first clear cut chance came in the 24th minute as the home side were denied an opener only by some excellent goalkeeping from David Wilson. Annan managed to get in behind down their left hand side, before the ball was cut back to Johnston in the middle of the box. The attacker took one touch to control, before shooting low to the right, where Wilson was able to dive and get enough of a fingertip onto it to see it round the post.

Going into the second half with the stalemate still intact, the Warriors upped their game and nearly took the lead themselves in the 51st minute. A Forbes free kick into the box was met by the head of Jamieson who knocked down for Corbett, however his diving header was tipped over the bar well by Fleming in the Annan goal.

Four minutes later and the Warriors did indeed take the lead through Orr. An Anderson long throw was headed back out to the midfielder who crossed into the box. The ball seemed to hit off Jamieson and fall inside the 6 yard box where Orr was the first to react, prodding the ball home from close range while under a lot of pressure.

The boys then doubled their advantage on the 81st minute through the substitute Adam brown. His deflected shot found its way into the net after the ball was cut back by Thomson after the striker managed to beat three defenders down the right wing.

The Warriors could have been forgiven for thinking that by this stage they had done enough to secure the win, however Annan rallied in a late effort to get something from the game.

First Lowdon had a sensational strike from over 30 yards out in the 85th minute tipped over well by Wilson who was having a great game in between the sticks. Then, only one minute later, McCartney did give our hosts a lifeline by heading home from close range during the second phase from a corner kick.

Despite late pressure, the Warriors stood strong and were able to hold out until the final whistle to take all 3 points back up the road to Forth Valley! A terrific result for the boys, who move up to 8thin the Cinch League 2 table. The Warriors are back on the road again this week and are also heading back down to the south west, only this time to face Stranraer.

The boys go into this one full of confidence after a positive result against Cove Rangers which was followed up with our first win of the season away to Annan Athletic. Our hosts on the other hand will be looking to bounce back after defeat to Edinburgh City last time out.

This encounter is set to be a close one, with both sides locked together on 5 points in the table. A win for either side could see them climb as high as 6th.

It’s going to be a cracker and the boys need your support! The match is pay at the gate with under 16’s costing £5, senior citizens £10 and adults costing £15. There will be no live stream available for pay per view, so the only way to catch the action is to get down to Stair Park.

Back at the weekend the Warriors fell to a 2-1 defeat in Bonnyrigg in what was a tight affair. Our hosts had taken an early lead in the 6th minute, putting the girls on the back foot from the off. Despite showing good mental strength to stay competitive in the game, Edinburgh doubled their advantage in the 53rd minute. The Warriors did pull one back after 75 minutes when Phee volleyed home a Wilson corner, however Edinburgh were able to see out the later stages for the win.

Unfortunately for supporters of the ladies team there will be no match to watch this weekend as the girls head into a two week break from competitive action. The girls will return on the 3rd of October as they host Gartcairn Women at Ochilview.

Warriors in the Community are recruiting players! 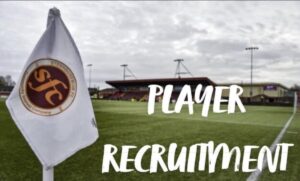 We are pleased to confirm that some of the Warriors in the Community youth teams are looking to recruit some new players into their programme. If your child is a youth footballer from the following age groups why not get in touch and see if it’s something for them! 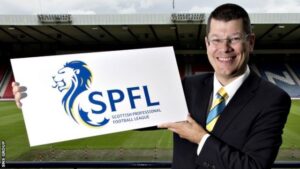 The big news coming from Scottish football this week is that Hearts, Hibernian, Aberdeen, Dundee and Dundee United have banded together to commission a review of the SPFL aiming to increase collective revenue. Please follow the link below to learn more:

Football vaccine passports likely to be enforced by spot checks

Following concern expressed by the SPFL in relation to the new Covid passport scheme required for matches of over 10,000, the Scottish Government has said that it will likely only be enforced by spot checks as opposed to blanket checks. Please follow the link below to read more:

This week, supporter groups from all over the continent have banded together through football supporters Europe to oppose proposals for hosting the World Cup every 2 years. Please follow the link below to read more: 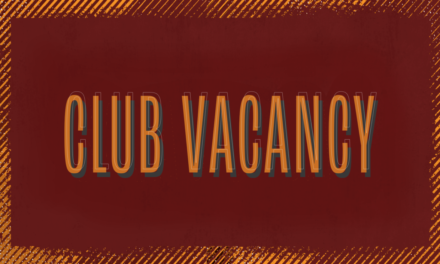