Back on Saturday, the Warriors played host to a Cowdenbeath side that made the trip to Ochilview from Fife for our latest Cinch League 2 fixture.

The first chance fell to the Warriors after 11 minutes as a Cowdenbeath corner was cleared to set up a counter attack. The ball came to Brown in the middle of the park who then played the ball in behind for Christie who cut inside the first defender well but allowed the second to get back goal side in the process, and his effort was blocked for a corner.

From the resultant corner the boys were able to cause some problems for the visitors as a good knockdown was loose in the 6 yard box and asking to be tapped home, before appeals for a penalty which were quickly dismissed by the referee.

The scoreline remained 0-0 till the break after a first half which proved to be quiet with both sides doing far better at cancelling each other out than causing the opposition problems further up the park.

As the sides came out for the second half, the Warriors looked reenergised and started far better than they finished the first. The boys were certain that we should have been awarded a penalty in the 51st minute as a Forbes cross appeared to be handled inside the box by Thomson, however yet again the referee didn’t buy it.

Play continued and the Blue Brazil were able to play out down their left hand side and switch it to the right where there was ample space to attack. Buchanan drove at the Warriors defence before hitting a venomous strike across goal that had Marshall worried but fortunately for the Warriors it went by the post.

The game was very much now alive and only a few minutes later it should have been 1-0 to the Warriors. Thomson was able to win possession off of the Cowdenbeath defence and then slip in Brown who rounded the keeper only to blaze his shot high and wide of the goal.

The breakthrough did finally come for the Warriors after 66 minutes when Corbett tackled in the defensive third to stop a Cowdenbeath attack before surging down the left touchline, beating two defenders in the process. His cross was flicked on first by brown and then by Thomson before falling to Christie at the back post who smashed the ball into the net.

The boys were now firmly on top and could’ve had some breathing space on 70 minutes as Wedderburn was played in behind and struck a hard low shot which was blocked by Gill in the visitors goal, only for a last ditch clearance to prevent the rebound falling perfectly for Brown.

Despite our momentum, the Warriors were struck with a sucker punch on the 76th minute as the visitors grabbed an equaliser. A freekick was played out right to Pollock who whipped in an excellent cross to the back post where Renton met it expertly to head home into the top corner.

This setback took the wind right out of the Warrior’s sails and the game quietened down. Clarke was sent off in the 92nd minute for the visitors after receiving a second yellow for a tactical foul seconds before the final whistle.

The match finished 1-1 and the sides shared the points, however the Warriors will be disappointed not to have taken home all three after being in a fairly dominant position for most of the second half.

This Saturday it’s another home game for the Warriors as we welcome another side from Fife, in the shape of Kelty Hearts.

This will be the first time that the two sides have ever met each other in the league after Kelty secured promotion through the pyramid playoffs last season.

The Warriors will be looking to build on their performance against Cowdenbeath last time out and go one further this week by securing all three points. If the boys are able to do this, it will be their first league win of the season and could see us rise as high as 5th in the table.

Kelty however have not been short of wins since the start of the season, boasting a record of three wins and one draw from their opening fixtures. This strong run of form has seen them go one point clear at the top of the table and they will be looking to preserve or extent that lead if possible with a win.

Last weekend saw the ladies side travel to Townhead Park to take on Ayr United in their latest SWF Championship South fixture.

The Warriors were much improved from recent outings and made a real game of it in the first half. Ayr did have the ball in the net at one point but the goal was rightfully disallowed. After a tight and cagey 45 minutes the scoreline remained 0-0 at half time.

In the second half the Warriors were once again competitive but just lacked that final pass in the attacking third to create the chances necessary to win the match.

The girls were hit with a sucker punch in the 79th minute as Ayr’s number 11 Henry grabbed what turned out to be the winning goal as our hosts won 1-0 to take home all 3 points.

Next up – Dunfermline Athletic

Next up it’s a break from league action was the Warriors take on Dunfermline in the Championship Cup.

The Pars remain pointless in the Championship North after defeat to Dundee West at the weekend so will be just as keen as us to build some momentum by going on a bit of a cup run.

The match kicks off at 2:30pm at Ochilview on Sunday, with admission free of charge for all supporters. Don’t worry if your unable to make it along in person however, as the match will be streamed for free on Warriors TV! 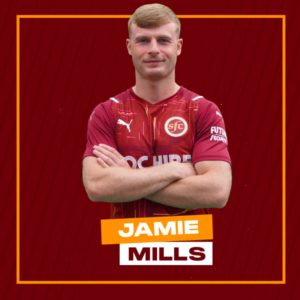 Earlier this week the club announced the departure of left sided defender Jamie Mills on loan.

Jamie was one of the players that signed for us this summer from BSC Glasgow, having been at the Lowland League club since 2017.

He will now play out the rest of this season at Drumchapel United from the West of Scotland League.

We wish Jamie the very best of luck for his time out on loan and we’ll be watching his progress closely! 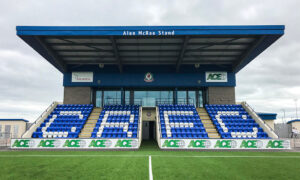 We are pleased to inform supporters that this week, Cove Rangers confirmed the admission details for next week’s SPFL Trust Trophy encounter.

We are due to make the trip up to the Balmoral Stadium on Saturday the 4th of September for a 3pm kick off.

A full match preview will feature in next week’s edition of Inside Ochilview! 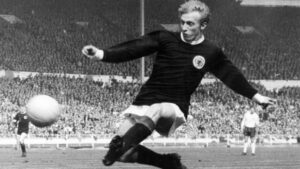 You will likely have heard of the tragic news from the past week that Scotland’s only ever Ballon d’Or winner Dennis Law has been diagnosed with dementia. This week he has spoken out about his beliefs regarding heading in football and the disease. Please follow the link below to read more.

As the dust settles on the Euro 2020 campaign this summer, attention now turns towards qualification for our next tournament, the World Cup. Ahead of our upcoming internationals, Steve Clarke has announced his squad entrusted to get the results. Please follow the link below to read more:

This week it has been announced that FIFA is to be paid £146m in forfeited funds seized during the US corruption investigation from 2015. Please follow the link below to learn more:

A Statement from Bill Darroch, Chairman of Stenhousemuir FC