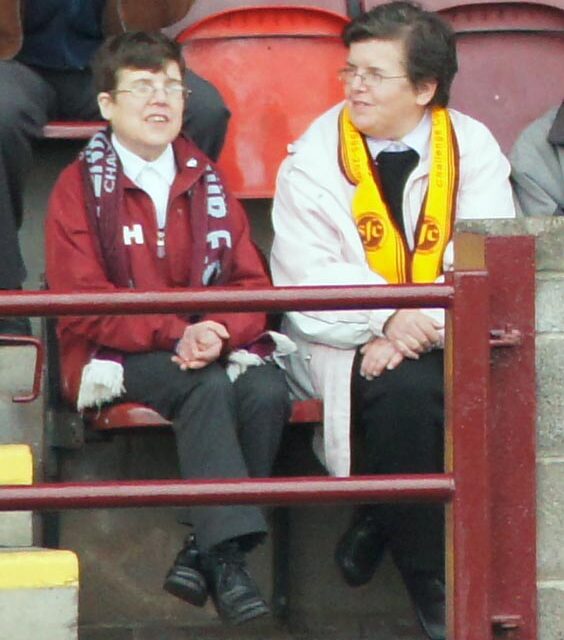 It was a feeling of shock and sadness when we heard of the sudden death of Lorraine Young at the age of 55 on the 10th of February.

Lorraine with her sister Jacqueline were affectionately known by many as the twins as they were always seen together at Stenhousemuir matches for as long as anyone can remember having been virtually brought up at Ochilview by their dad John who worked at the club for many years.

Lorraine herself worked on a voluntary basis for at least 40 years whether on the turnstiles, selling programmes or 50-50 tickets and was one of the first people that anyone would see when they came to the games,

She had rarely missed a game until last season when a change of shift at her work at Asda meant that she could only make the occasional game but was still eager to help when she could and it is supporters like Lorraine who are the lifeblood of any club.

The funeral takes place today, Lorraine will make one final trip to Ochilview at 1.45pm as the car makes its way around the stadium before travelling to her final resting place. Any supporter wishing to pay their respect is welcome to line the street at Gladstone Road outside the main turnstiles whilst ensuring social distancing.

Lorraine will be missed by everyone at Ochilview and our thoughts go to her sisters Jacqueline and Sandra.