“Brown has had a long association with the club as a player, coach and manager, and during that time he has built up many strong and lasting relationships within the club. It was those relationships which led us to support Brown through some previous difficult periods, but also enjoy together the successes we had as well.

“However, looking at a number of factors including performances to date this season, and the challenges we face in League 1, we believe that now is a sensible time to make a change in the management of the team. With some new direction, we believe we have a strong talented squad that can go on to reach its full potential over the remainder of the season.

“I know that the Board, and Stenhousemuir fans, are all hugely grateful to Brown for his contribution over a number of years. As a player, he was a positive mentor for others around him, and as a Manager he worked hard and was well liked, not just by players, but by everyone around him.

“Whilst inevitably there were both ups and downs that included relegation from League 1 in 2017, we were grateful to Brown for leading the team to immediate promotion through the playoffs in the season that followed. Brown also has a great affinity to the club and our supporters which indeed made this decision all the more difficult.

“We would like to place on record our thanks to Brown for his commitment to the club. We have parted company on good terms and wish him all the best for future success.”

Further details will be announced regarding interim management and the application process for potential managerial candidates. 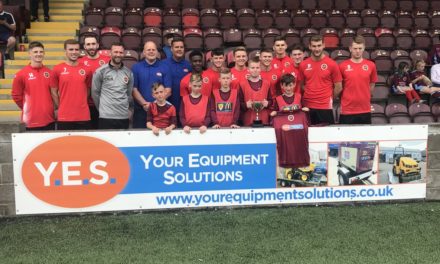 Your Equipment Solutions backs the Warriors