No award was made after our game on Saturday against Dunfermline Athletic.

Due to a technical problem we were unable to announce the winner of our previous  home game's "Wee Bar" MotM Award against Stranraer.

The award was made after our game in the Ladbrokes SPFL League 1 match against Stranraer on Saturday 12/9/15.

Alan can be seen below receiving his award from Warriors Abroad supporter, Richard Grocock from Derby. Congratulations once again Alan for another great performance. 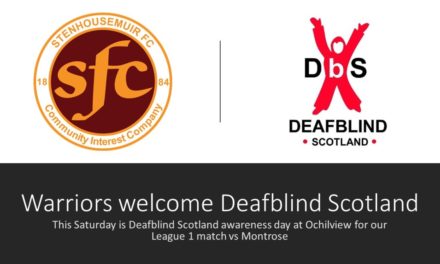