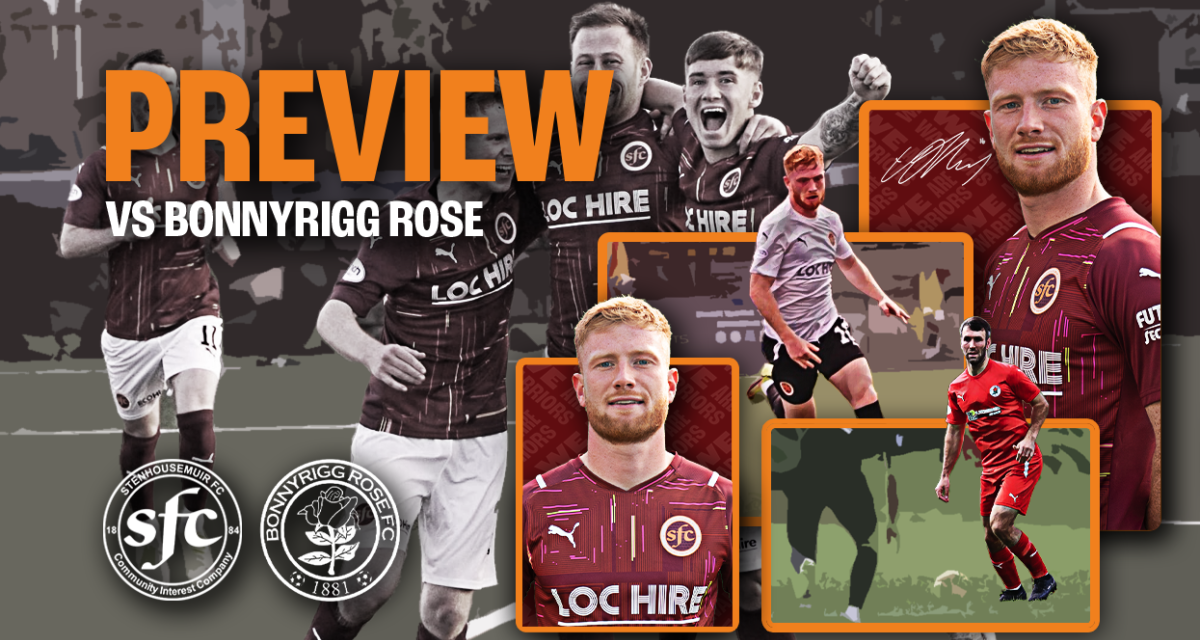 Stenhousemuir welcome Bonnyrigg Rose to Ochilview for the first time this Saturday as Stephen Swift looks to energise his sides promotion push.

Both teams have been struggling for form with only one win each from their last six games. The Warrior’s last league victory was against Saturday’s visitors, back at the start of October.

The only previous meeting between the two sides resulted in a 4-2 win for The Warriors thanks to a Matty Yates double, Euan O’Reilly and Tam Orr.

The website caught up with Swifty on Thursday night and asked what he was expecting from Saturday’s visitors.

“I’m expecting a team that will be scrapping. They’ve obviously gone through a tough run, but they got a good result away to Forfar on Saturday. So, I know Bonnyrigg really well. They’ll be physical, they’ll try and impose themselves during the game, and I think we’ll be in for a tough test.”

Dan Higgins will miss out through suspension after seeing red against East Fife. On that occasion, straight after going down to 10 men, The Warriors went straight up the pitch and scored. Last week, it was a role reversal as we conceded straight after gaining a player advantage and it was frustrating, and a tough one to take.

“It’s really been the story of our season. It’s pretty frustrating. Sometimes we look great in games and others, there’s that inconsistency. Our job is to try and get the players mentality stronger in terms of really having a ‘we’re on a mission’ demeanour. That’s what we need to go into every game like and fingers crossed, we can try and achieve that. It’s going to take a bit of time, but I’m hoping that we can start on Saturday with a big victory.”

Our last victory in the league was against Saturday’s opponents and it’s very important that we get back to wining ways this Saturday.

“You can look at it in a couple of ways, in terms of being on two defeats in 11, which doesn’t sound as bad, when you reverse that and say that we’ve not won a league game in five, since the Bonnyrigg game, it puts in perceptive in terms of it has been a poor run in the league. Although, we’re in the next round of the Scottish Cup, but we need to get back to league business and really make sure that we’re back to wining ways. If we do that, and then head up to Formartine and get a victory, then the next two weeks could be good for us. But we’ve got to make sure that we take care of Saturday first and foremost.”

And finally, along with Higgy’s suspension, we’re still missing Nicky Jamieson who remains on the sidelines.

“Yea, that’s two centre backs which is an area that we’re toiling in at the moment, so hopefully both will be back sooner, rather than later.”

It will sure to be a great atmosphere on Saturday with The Rose always travelling in good numbers. If you can’t make the action, then Warriors TV have you covered for the next two matches. You can check out the details below.

PPV: Warriors TV is live and you can join Cammy McIntyre from 2pm. PPV is £10 and you can watch it here.

ON THIS DAY – 19th November 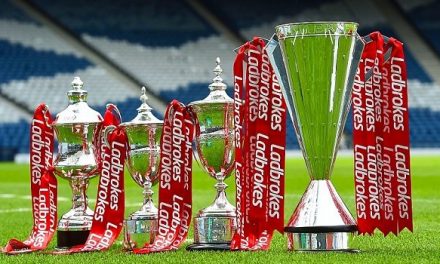 SPFL fixtures to be published on 15th June 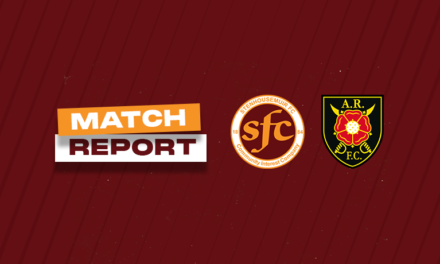