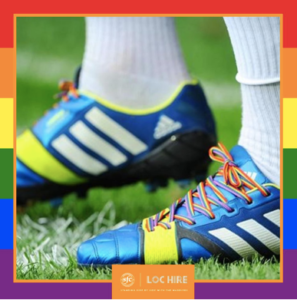 The club is pleased to confirm that next weekend’s fixture at home to Stranraer is our designated Rainbow laces game. Our players will take to the field with rainbow coloured laces in their boots for the match.

The rainbow laces campaign’s purpose is simple and that’s to show solidarity with our LGBTI community and promote the message that football is a sport for all, regardless of gender or sexual orientation.

At Stenhousemuir we pride ourselves on being an inclusive club for all and we hope that this initiative will help to demonstrate this. 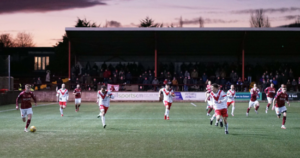 Back on Saturday the Warriors were given a week off from league action as they sought to put together a Scottish Cup run. Standing in their way however was a strong Airdrieonians team which came runner up in League one last season, which is where they currently sit just now.

The away support were in full voice however it was the Warriors who were the first to threaten on 14 minutes. Tierney did well to bring down a long ball and he looked either certain to have an effort on goal or square it to Brown, only for some last ditch Airdrie defending seeing the ball go out for a corner.

The first half would go on to be a tight affair with a nothing between the sides and a lack of goalscoring chances for either. It was however Airdrieonians who grabbed the all-important opening goal in the 37th minute courtesy of Adam Frizzell. The Warriors failed to clear a long throw and from the second phase the visitors were able recycle well and a blocked shot fell to the feet of Frizzell who finished excellently low and hard past Wilson.

It could have been 2-0 to the diamonds just before half time as Jamieson was dispossessed at the back allowing McGill to run through on goal only to be denied by a great save from Wilson as he rushed out of his goal.

As the second half got underway Airdrie were quick to threaten again as they took a quick throw in and broke on the Warriors. This led to Wilson being called into action again as he turned a low effort around his near post for a corner.

After 53 minutes it was more or less game over as the visitors doubled their advantage. They managed to get in behind the Warriors down the right hand side and played the ball across to Smith who turned it goal bound. Wilson appeared to get back and claw the ball off the line however the referee was convinced that it had crossed the line and awarded Airdrie the goal.

With the 2-0 lead, the Diamonds began to sit slightly deeper which allowed the Warriors to get more balls into the box, however they were defended well. The boys came close to getting themselves back in the game in the 75th minute via a Forbes free kick which almost caught Currie out at his near post but the keeper did just enough to turn it away for a corner kick.

We came even closer to getting one back in stoppage time as O’Reilly attacked down the left and sent in a cross which was met by the head of Tierney which looked destined to go in only for Currie to dive back the direction in which he came to pull off one of the saves of the season to keep the ball out and preserve his clean sheet.

This was the last of the action was the match finished 2-0 to Airdrie who progress in the Scottish Cup at our expense.

This Saturday the Warriors return to Cinch League 2 action was we host our second home game in a row when we welcome Stranraer to Ochilview Park.

The match is set to be a tight one with the Warriors sitting in 6th in the table and our visitors only two pints behind in 8th. A win for Stranraer would see them leapfrog the Warriors, however a win for the boys could see us climb into the top half of the table.

The Warriors have won 4 of their last 5 league matches, contrastingly Stranraer have won only once in their previous 5. Despite this they will be encouraged by their strong record against the Warriors which has us winless in our previous 5 encounters with them. They also came out on top 2-0 in the only other meeting between the sides this season.

Its set to be a crunch fixture with plenty at stake so we need your support!

Additionally, the Wee Bar will be open from 12pm.

Warriors in the Community recruiting players 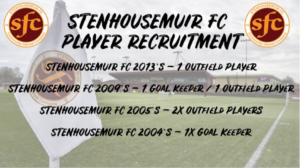 Warriors in the Community are currently recruiting youth players to become part of their well respected community teams programme at a range of age groups.

Please refer to the above photo to see what positions are required at what age groups.

For more information please get in touch with Danny Newbigging my emailing him at Daniel.newbigging@stenhousemuirfc.com 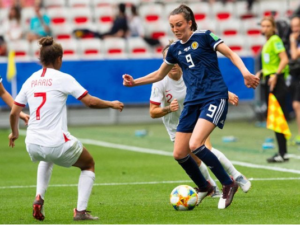 Scotland and Manchester City star Caroline Weir is on an 11 player shortlist to receive the illustrious Puskas award for the best goal in the world in 2021. Please follow the link below to read more and to see the goal:

Well respected sports statistic Nielsen Gracenote have given Scotland a 24% chance of reaching the World Cup next year. Please follow the link below to read more:

Lionel Messi has once again won the award given to the best player in the world during Monday night’s ceremony ahead of Robert Lewandowski. Please follow the link below to read more: