The club is delighted to announce the capture of Adam Corbett from Spartans FC. The highly rated 23 year old centre back joins the club for an undisclosed fee after Stenhousemuir met Spartans asking price for their captain.

The player has agreed an 18 month contract with the Warriors and will be available for selection as soon as the league resumes.

Corbett has been with Spartans since the age of 15 after joining from Hutchison Vale and progressed up through the youth set up before making his debut at 19. He has part of the Spartans side that won the Lowland League in season 2017/18. Adam was named captain of the club at the start of the 19/20 season and has held that role since. He made his 100th appearance for the Lowland League side in October last year.

Manager Davie Irons had this to say about his second signing of the window.

‘We are really pleased to be able to bring Adam to the club. With Andy Munro moving on it was important we secured a player of high quality and potential to replace him. Adam has vast experience for a relatively young player and is one we feel can become a top player at our level and possibly beyond. He is athletic, he communicates well and he is a good passer of the ball. He has been a captain at Spartans for the last 2 seasons which demonstrates real leadership qualities. Adam is also ambitious and has a real desire to improve and progress which is exactly the type of character we are looking for here at the club. We look forward to getting Adam integrated into the group and to seeing what he can add to our team over the coming seasons’.

‘I’m excited to be joining Stenhousemuir FC. It’s a club with a great history and big ambitions. I can’t wait to work with the players, Davie and the coaching staff. It’s a new challenge for me personally that I am ready to take on and enjoy the journey. I am looking forward to being part of the club and hope that we go on together to achieve success. I am delighted to have been given this opportunity to develop my career here at Stenhousemuir and look forward to the future’.

‘Its great to be able to announce Adam as a Stenhousemuir player. We have tracked his progress with Spartans for quite some time. He is a talented player with high potential, he represents a very good signing for the club. Spartans have done a great job developing him both as a player and person and deserve credit for the role they have played in his progression. Well done to the Management team for attracting Adam to the club and thank you to Spartans for their cooperation during the negotiations’.

Welcome to the Warriors Adam 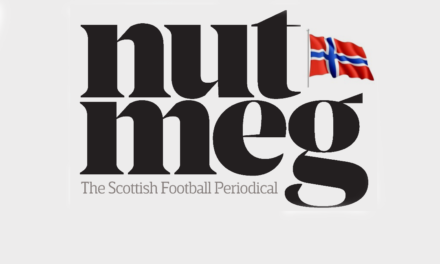