Next match – Irish side Waterford in the Challenge Cup 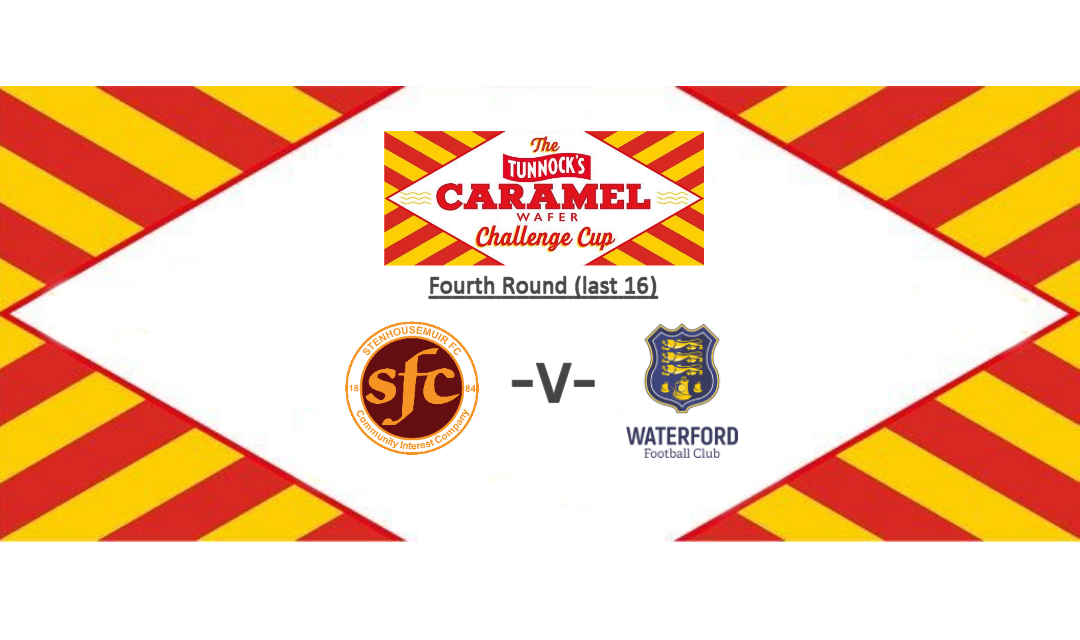 This game was a rare event for Stenhousemuir as not only was it the first time that they had played a team from the League of Ireland in a match, competitive or otherwise it was also a rare outing for the Warriors on a Friday night and was on television.

Sometimes games on the small screen can be dour affairs but on this occasion that wasn’t the case with both sides trying to play football despite the horrendous weather conditions. Stenhousemuir made only one change to the side that beat Cove with Connor McBride replacing Marky Munro who was cup-tied.  Alan Reynold’s Waterford team by contrast made eight changes to the side that beat Sligo Rovers three days previous to this encounter.

The home side had the better of the opening exchanges and almost took the lead in the 12th minute when Chris O’Neil’s cross from the right flank was met by Mark McGuigan but his header struck the crossbar. It was the visitors though who took the lead in the 24th minute when an O’Neil interception landed at the feet of Will Fitzgerald on the edge of the box and the youngster drove the ball across goal and into the net. Stenhousemuir almost got back on level terms minutes later but Rory Feely was able to head an attempt off the line.

There was nothing though that the Blues captain could do on the half hour to stop the Warriors regaining parity. Willie Gibson was fouled outside the box and he along with Thomas Halleran and Scott McLaughlin all stepped up to potentially take the free kick. It was the latter though who fired off the underside of the bar and into the net with a stunning effort for his first ever Stenhousemuir goal.

Chris O’Neil tested keeper Paul Martin after a long range effort saw its trajectory changed by the wind and this was followed by McBride heading wide from close range. It was the visitors who almost had the final say of an entertaining first half though as the impressive Cory Galvin struck the post in added time.

Stenhousemuir had the wind at their back in the first half but they adapted well to the conditions at the start of the second period. There were strong penalty claims turned down when McGuigan appeared to be pulled back by Robert Sleven in the 53rd minute. Just after the hour though, the home side took the lead. Alan Cook had lost possession but won it back before sliding the ball into the path of David Hopkirk who didn’t break stride before dispatching the ball into the net.

Waterford made a triple substitution in the 70th minute bringing some of their more experienced players to the fore. It was to have an almost immediate effect as they equalised four minutes later. The Stenhousemuir defence were still adapting to the changes when David Marsh fouled Michael O’Connor and from the resultant free-kick O’Connor brought the tie level once again.

There was a wobble after this by Stenhousemuir and O’Connor almost put the visitors ahead when he did well to control a long ball and take himself away from his marker but his shot from the edge of the box went just wide.

To their credit Stenhousemuir fought back and McGuigan hit a glancing header from a Cook corner just wide. As the game went into the fourth minute of added time though the striker was to have the final say as he reacted first to prod home a rebound after keeper Martin did well to stop a drilled effort from Ryan Watters.

There was still a nervous wait for the final whistle but when it came there was a loud roar from the home support as Stenhousemuir progressed to the quarter-finals. 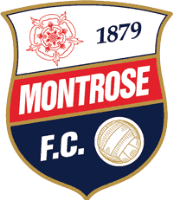 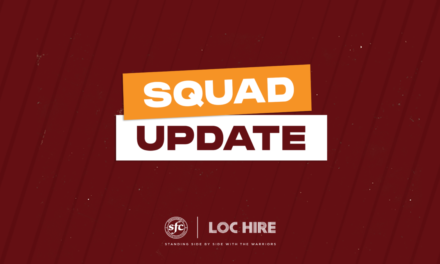