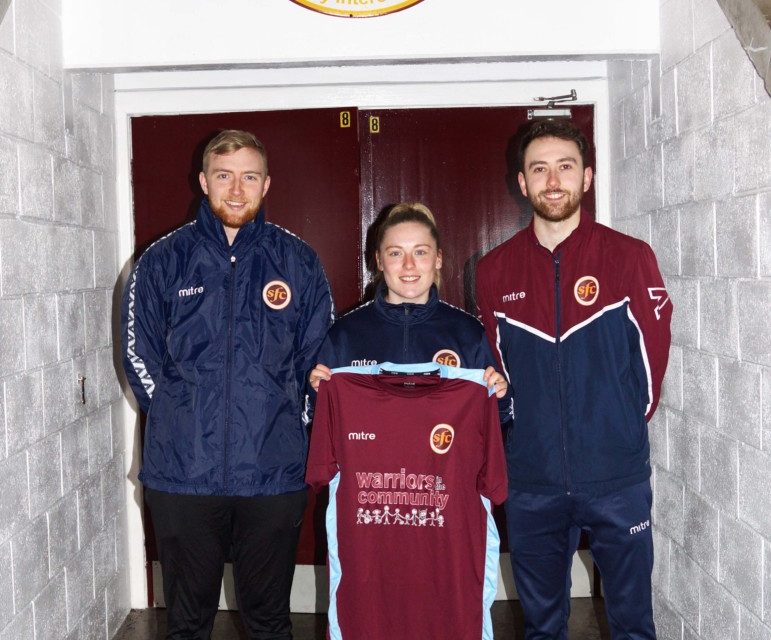 We are delighted to announce the appointment of Abbie Trotter as our new Ladies Team Head Coach and Mark Carroll and Nile Robbins as our Ladies Team Assistant Coaches for Season 2019.

Abbie (19) who previously played for Stenhousemuir FC Girls as a youth player also has playing experience at Central Girls, Spartans FC Woman’s and Falkirk FC Woman’s Team. She is a local girl living in Larbert and currently studying a BA (Hons) in History at the University of Stirling.

Abbie interviewed for the new head coach role very well and has a wealth of experience at such a young age in coaching and in woman’s football. She also made the appointment of Mark (24) and Nile (23) to strengthen her backroom staff.

Abbie added, “I am absolutely thrilled to be joining Stenhousemuir Ladies as Head Coach. It’s an exciting time for the club and I am looking forward to being a part of the club’s journey to future success”.

A massive well done to Head of Community Football William Hoggan and Girls Football Coordinator Andrew Thomson for keeping our ladies team together during the winter break and preseason. Several players and former head coach / coaches moved on from the club and both Will and Andy managed to keep the team going by running successful open trials in December and January.

The appointment of Abbie, Mark and Nile has also increased numbers and the team is looking very strong for season 2019. A great start to league day 1 with a 2-1 away win against Lothian Ladies.

William added, “We worked very hard to keep the ladies team going over the winter period by having open trials for players to come along and get involved. We managed to attract some very good players who had good experience in the woman’s game. More current players stayed, and we are now in a stronger position than ever with our ladies team. An exciting year ahead and Abbie, Mark and Nile will strengthen even more. Great appointment for the football club and we are excited for season 2019”.

Good Luck to Abbie and Stenhousemuir FC Ladies for Season 2019. 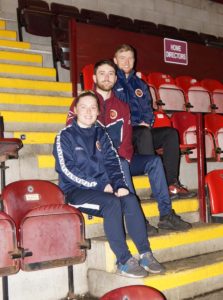