Put that date in your diary….for Stenhousemuir start their SPFL League 2 campaign.

The new season starts with a home fixture against neighbour's Stirling Albion who Stenhousemuir last played in the SPFL League 1 in season 2014-2015.In that season Stirling Albion had the advantage of winning three(3) of the four encounters during that campaign.

Brown Ferguson who goes into his second full season as Manager will be looking for a winning start to the season and on the road to promotion back to the SPFL League 1.

A new team indeed with the exception of Colin McMenamin, Ross Meechan & David Marsh who were with Stenhousemuir last season.A challenge for everyone and we the supporters give our support our best wishes to all for a successful season.

New Home and Away Strip Partnership 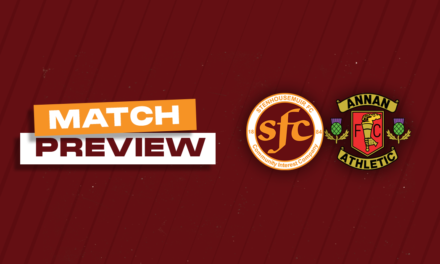