Our Ladies opened the 2016 SWFL2 season with a win at East Kilbride Girls.

Despite starting the better of the 2 teams, it was East Kilbride Girls who scored first.  Shortly after, East Kilbride Girls doubled their lead from a corner.  Marni Russell got one back for the visitors direct from a free kick with only minutes remaining in the first half.

We equalised after 61 minutes when Marni Russell scored her second of the match, again directly from a free kick.  The Ladies continued to push for a winner and had two excellent chances to do so before Debbie Simpson eventually scored the winner late on. 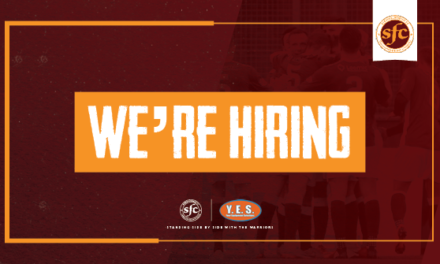 Warriors in the Community – Board of Trustees Required