The Wee Bar Man of the Match award was made after our game in the Ladbrokes SPFL League  1 match against Cowdenbeath on Saturday.

The award was well deserved for his overall performance coupled with a great goal.

Alan can be viewed below receiving his award from club sponsor and supporter, Johnny Thompson. Alan, congratulation on your first award the first of many I'm sure. 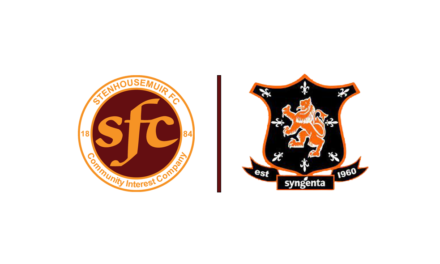