This afternoon, Kevin McKinlay dropped into the club and re-signed for us on  a one year deal.

That brings the total number of re-signings to three.

Another signing to take place at Ochilview was Former U19's player, Charles Docherty, who signed his 1st professional contract for the club yesterday.

Keep watching the website for more news on new signings and re-signings. 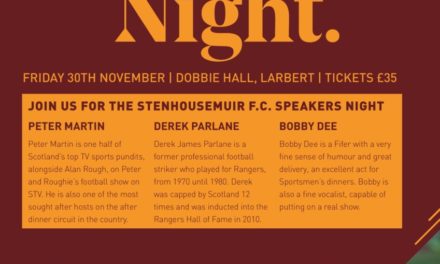