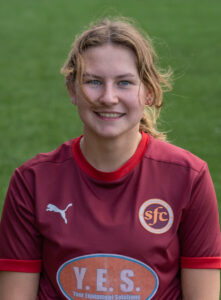 Jude began playing football at Under 13 level when she joined Rossvale, spending 5 years with them up until under 18’s.

During this time Jude also played football for her high school, Turnbull High, in which she made it all the way to the Scottish School’s Under 18’s Cup Final.

She took a break from football after that until 2017 when she joined West Park Women’s team for a 3 year spell.

During her time at university, Jude has played for the uni team, having played 3 seasons with Strathclyde University Women’s team in the British University and College Sports League and the Glasgow Taxi Cup. Jude was appointed the University team captain this season.

Jude joined the Warriors at the start of the 2021/22 season, making 18 appearances, playing 1496 minutes and scoring 1 goal. 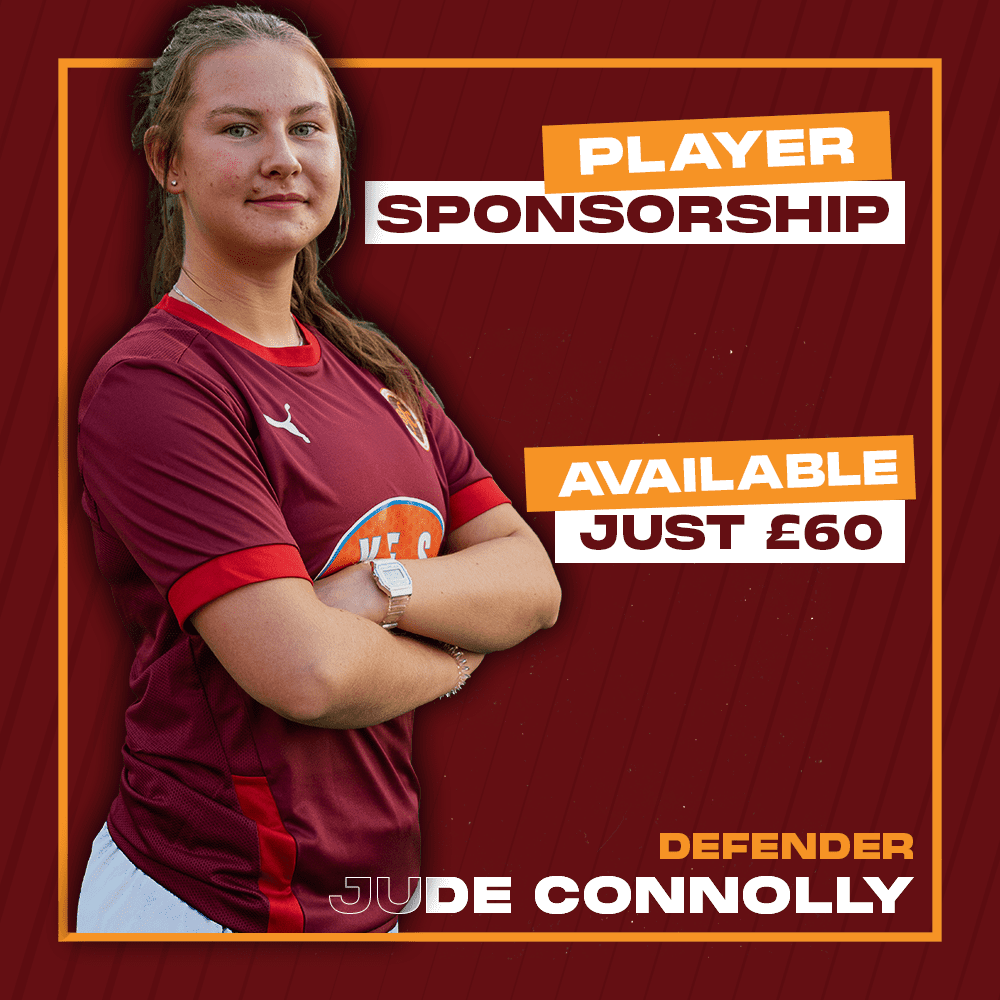 For the cost of £60 you can sponsor a player and receive the following:

For further information on how to sponsor a player please contact: