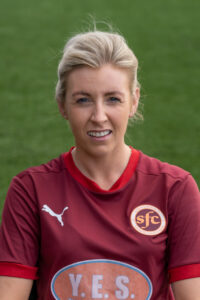 Carolanne began her football career in Primary School when she joined a mixed school team. When not in school she spent most of her time outside in the street playing football with the boys. She was never without a ball and always in a football strip.

In her teenage years, she fell away from football for around 7 years, mostly due to the lack of girls/womens teams available at the time, before she signed for Paisley Saints, which are now St Mirren, at the age of 19.

Following that Carolanne had spells with Toryglen, Westerlands and Queens Park.

Whilst playing for Queens Park, Carolanne ruptured her cruciate ligament during a friendly against Hamilton and spent a year out on the sidelines.

After recovering from her injury, Carolanne began looking for clubs back in 2017, and found Stenhousemuir.

She is currently one of the longest serving players at the club, having played here for 5 years, and has no intentions of going anywhere anytime soon. She has even gone on record saying “I love the club and will retire here if they continue to have me”.

As a left back, Carolanne played in 19 games last season, playing 1369 minutes of football, has 2 assists and scored 2 goals. We very much look forward to her adding to this tally in the upcoming season! 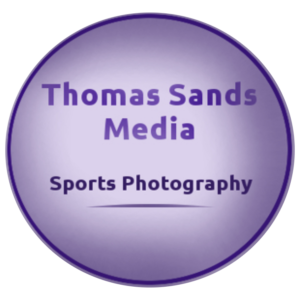