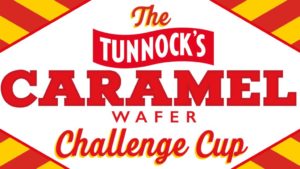 Both sides went into this game having had contrasting fortunes in stoppage time in the league game prior to this fixture. Whilst the Warriors had dropped points after conceding a penalty the Citizens had converted a draw into a win thanks to a Scott Shepherd goal.

For this game in the Challenge Cup the managers took different approaches to their starting line ups. Colin McMenamin made wholesale changes with all seven substitutes from the game at Hampden starting whilst James McDonaugh kept with the same starting eleven from the Brechin game which meant that Blair Henderson their top scorer from last season was on the bench.

Edinburgh City looked to be the more potent threat in the early stages which was not surprising with Alex Harris in particular giving the home side some difficult moments especially at set plays. The visitors must have been wondering how they hadn’t taken the lead from their corners at they missed several chances to score with Conrad Balatoni in particular not being picked up with his runs and heading wide from close range on at least a couple of occasions.

It was a surprise though when Stenhousemuir took the lead in the 33rd minute thanks to good work by Ryan Watters who could have quite easily stopped chasing a pass back by Balatoni to keeper Adamson. The keeper had plenty of time to clear the ball but dithered and then tried to beat the striker who picked the ball off his feet and fired into the empty net,

Edinburgh City in the second period made a double substitution with Blair Henderson and Scott Shepherd coming on in the 58th minute. Unfortunately for ex-Falkirk player Shepherd he almost instantly picked up an injury and he himself was subbed minutes later.

Henderson though was to be more successful and he scored the equaliser in the 72nd minute slotting the ball home following good work by Danny Handing who slid the ball behind the home defence for Adam Watson to cross.

Just after this setback though the Warriors almost took the lead again when a dipping effort by Kieran Anderson went just wide. The home support didn’t have long to wait though before they went ahead once again when Watters took scored once again taking advantage of a misunderstanding between the keeper and defence to hook the ball home.

That was to be the final goal of the game which proved to be useful exercise for the Warriors with several players getting an outing after injuries had hampered their appearances whilst for others like Watters and Anderson they began to get a better understanding between them as the game progressed. Kyle Marley who had been shaky in the first half looked to grow in confidence in the latter stages and this will certainly help him in the future.