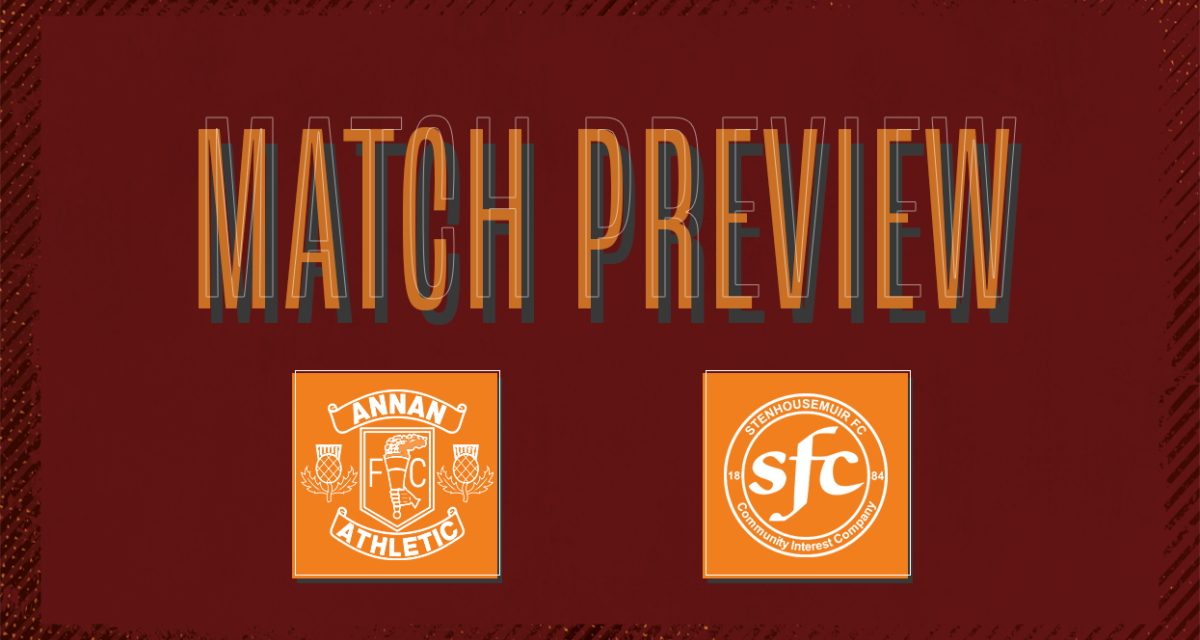 The Warriors are on the road for the first of back to back away matches.

First up is a long trip down the A74 into Dumfries and Galloway to visit Annan Athletic.

The hosts have made some solid signings in the close season which complement a core of a squad that was retained from last season.

The Warriors did enjoy success against Annan last season with 3 wins and 1 loss.

As usual, the website caught up with Swifty before Thursday night’s training session. Saturday’s performance against Albion Rovers didn’t exactly hit the heights that we’d seen through the Premier Sports Cup group stages, though we did manage to grind out the win.

“Last week I was a bit disappointed after the game but you calm down and realise that the big thing was getting the win and you look at the factors as to why we weren’t at our best. Last year, we never had a great start so I could sense there was a wee bit nerves and wee bit of trepidation within the squad in terms of being desperate to get the result. So putting that all together, we can see why the boys were maybe on edge and trying to get over the line on Saturday. But credit to them, they did. We defended our box well and done well. So I’m looking this week that, now we’ve got that 1st win early doors this year, we can go and get a good performance.”

Annan are well tipped for the league title and are always there about in terms of the title and promotion spots. We’re certainly no strangers to the Galabankies, and Swifty is confident in what to expect.

“They’re a big physical team. They’ve made a few additions this year with Josh Galloway from Leeds United, Benjamin Luissint, Max Kilsby from Carlisle as well. But you put that together with the nucleus that they had last year and I think they’re a really strong team. Probably similar to us in terms of keeping that squad and building on it.

“They’ve had an unbelievable League Cup section, so their confidence will be high even although they went to Stranraer and didn’t play as well. But that can happen to anyone as we found out last season, Stranraer is a real difficult place to go. We’re expecting a really tough game, but we’ll set up accordingly to try and match that.”

For the first time this season as well, we have a full squad of 19 to choose from with Will Sewell returning from suspension and Adam Brown back from injury. Surely that gives the gaffer a headache.

“It really is headaches because we want to set up a certain way in terms of picking the right team for this particular day, for this particular type pitch and we want to go and be robust on Saturday. So that’s the game plan and we’ll see how we go. It is a winning team though so there maybe not be too many changes.”

One of the new boys this season is Scott Walker who joined us from Airdrie in the summer. The right back has enjoyed his first few months at the club and the website caught up with Scott this week and got his thoughts on last week’s performance.

“We’ve played much better this season and come away with worst results. First league game of the season so it’s important to pick up the 3 points and have a good start to the season.”

We all witnessed the struggle at the start of last season and how quickly we lost pace on the top spot. So a quick start was vital for the club.

“We looked at the stats of our first 6 games and Kelty’s first 6 games last season and the points difference was the same difference that Kelty ended up winning the league by, so it goes to show how important it is to get that first win and pick up some momentum.”

There’s no outright favourite this season after back to back seasons of big spenders, so it really is anyone’s league to win. Annan will be challenge but we definitely go there with that winning attitude and pick up the 3 points.

“We go into every game to win it. We’re here to win the league title and promotion. Home and away, especially at home, we need to try and win all of our games and pick up as many points as we can, and definitely put a better performance in.”

Scott’s a new face in dressing room and one thing that’s evident is how strong the morale and bonds are in the changing room.

“It’s been brilliant since I’ve come in. Everyone’s been welcoming and all the new boys have fit in well. We do like to have a bit of fun here and there and all the boys are a good laugh. When it comes to the pitch though, it’s serious and we’re always preparing to make sure that we’re set up right.”

Finally, on squad size, we’re lighter in terms of numbers, but perhaps not in quality. Scott Walker is currently being kept off the starting lineup by Adam Corbett, but how important is that for Scott to know that he can push Adam of that spot and if he gets it, knowing that Adam will be looking to take it right back again.

“It’s healthy competition. If you’re not playing, you can’t be downing tools and worried about not playing. You need to keep grafting away and try and get your spot. It does create good relationships and in that example, it won’t bother me and Adam, we’re good friends and there’s competition all over the park. But, like I said before, morale is good and everyone’s happy.”

Match Entry: Tickets can be purchased in advance via FanBase HERE. Visiting fans should buy in Zones 4 and 5 with limited seating available in Zone 6.

Getting There: Click here for details of how to get to Galabank by train or car. The Supporters Bus is running and you can contact Andy McPhate on Twitter to secure your place.

ON THIS DAY – 6th AUGUST 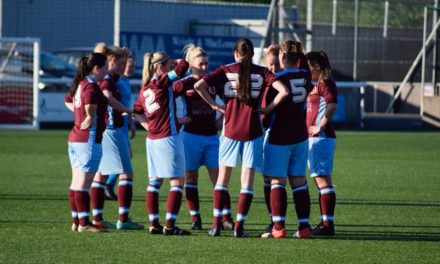 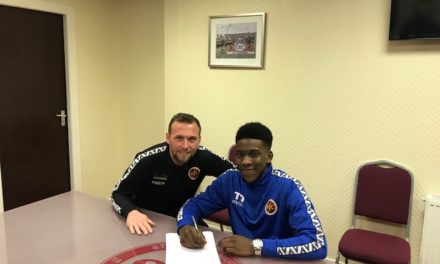