This is a voluntary role.

TO APPLYTo apply, please send a CV with covering letter to bailey.hanlon@stenhousemuirfc.com

For an informal conversation regarding the role, please call Blair Cremin (Chief Executive Officer) on 0131 562992.

After back to back trips to Fife, The Warriors welcomed the fans back to Ochilview.

Following Edinburgh’s draw with League Champions Kelty Hearts on Friday night, Stephen Swift and the boys new that a win would take them into the playoffs. 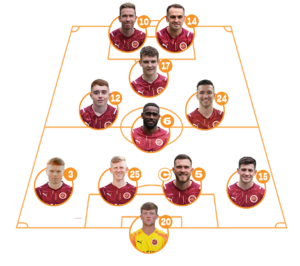 Mikey Miller returned to the starting XI after missing out through covid. Tam Orr is also missing after picking up an injury against Kelty Hearts and Peter Urminksy has again been recalled by his parent club to act as back up.

Robert Thomson and Div Wilson make their return to the starting XI.

Annan started the match brighter and picked up the first corner of the match in under 2 minutes. Douglas rose highest to header back towards goal, but it was well over and didn’t trouble Div Wilson.

There was little between the sides in the opening exchanges with Goss getting down the wing next, but his cross was easily dealt with by Div.

The Warriors had to wait almost 18 minutes for their first shot on goal. James Lyon picked up a pass from Callum Yeats and drove forward. The opportunity opened up for the youngster, but his drive was well over.

GOAL: After dealing with an initial cross, the home defence couldn’t do anything to stop Tommy Goss from heading home a fine cross from Tony Wallace. The big striker made no mistake and headed his shot in off the post leaving Div Wilson with no chance. Stenhousemuir 0-1 Annan Athletic [26 minutes]

The Warriors pushed forward on 33 minutes. James Lyon chipped the ball over the top for Adam Corbett. The big defender twisted and turned and finally got his cross in, but was easily held by the visiting keeper.

Swift’s side were starting to find their feet and just a few moments later both Daz Christie and Mikey Miller had shots on goal. Daz’s shot was blocked by the defence with the balling falling to Nat Wedderburn. He laid it off to Miller and the on loan Ayr United player fired just wide.

SUB: Swifty makes a half time change with James Lyon making way for Euan O’Reilly as The Warriors shift to a 4-1-4-1 formation to try and exploit the flanks. [45 minutes]

The Warriors started the 2nd half with far more urgency and it only took a minute for the best chance of the match for the home side. Daz Christie floated a cross into the box which was dealt with by the defence. However, the clearance only landed to Robert Thomson and the big striker almost had a goal of the season contender, but his overhead kick just hit the bottom of the post and bounced back out to safety. Mikey Anderson was first to pounce on the rebound and a very late challenge win the young midfielder was completely missed by the referee who first signalled for a goal kick, then changed to a corner. The midfielder took a sore one and required the physio for an injury that would eventually end his participation in the match.

It was less than 5 minutes later when Robert Thomson managed to round Greg Fleming and it looked like his shot was heading over the line when a last ditch clearance saw the ball scooped away from danger. There were shouts for a goal, but the ball clearly never crosses the line.

It was 56 minutes when The Warriors had their next chance. Some amazing work on the left by O’Reilly saw his cross flicked on by Christie. Thomson was at the back post and somehow managed to put his header wide.

The Warriors were knocking on the door and surely it would only be a matter of time. Nicky Jamieson was next to try after getting on the end of an Adam Brown corner but the big defender headed over. That one may have been well over, but just a moment later the defender had another header on goal. This time, only an amazing save by Fleming kept February’s Player of the Month off the scoresheet.

Annan did make a rare attack with 10 minutes to go. Chris Johnston cut inside on the edge of the box, but his shot was ever troubling Div Wilson.

5 minutes later, Stenhousemuir missed another glorious chance. Another perfect cross from O’Reilly was met by Sean Crighton. This time, the header was centimetres over the cross bar.

And it was almost identical just a few moments later. O’Reilly, who never gave the defenders a rest in this half, flighted in another perfect cross. This time, Robert Thomson flashed his header over the bar.

And it was deja vu on the 90 minutes mark. Ball out to O’Reilly, inch perfect cross and Sean Crighton headed wide.

There was 2 more chances deep into injury time. Ross Forbes had a 30 yard drive parried by Fleming and Crighton’s follow up was blocked.

The Warriors should’ve scored 4 or 5, but it’s another match without a goal. Any aspirations of a playoff finish will be unfounded unless the boys can start finding the back of the net.

The spoils have been shared shared so far this season with 1 win, 1 draw and 1 loss.

With only 4 games left to play, Stephen Swift and the boys will be well aware of what needs to be done. We still sit 3 points behind Edinburgh City, so will need some help along the way if we want to clinch a play-off spot.

The Supporters buss leaves Ochilview at 9.30am. Please contact Andy McPhate on Twitter to secure your place.

As always, we’ll have a full match preview across our social media channels on Friday.

On joining the Goldline Community Sports Lottery you will receive your unique Membership number(s) corresponding with the entry level you have selected, after having received it you will be entered into the Monthly Draw for cash prizes.. Winners are announced every month and you if you win the money will be paid directly into your bank.

We’re now into the last 4 scheduled matches of the league season.

In order to finish 4th, we need someone to do us a favour and take points from Edinburgh City.

Here’s how the run-in looks for both teams;

Scotland will play England in the World Cup finals for the first time in history if they qualify for the tournament in Qatar later this year.

Steve Clarke’s side, who entered the draw alongside Ukraine and Wales as one of three potential teams to take the final European play-off spot, have been paired with Gareth Southgate’s men in Group B alongside Iran and USA.

Scotland have yet to qualify for the tournament after their World Cup play-off semi-final against Ukraine scheduled to take place on March 24 was postponed until June, at the earliest, due to the ongoing Russian invasion. 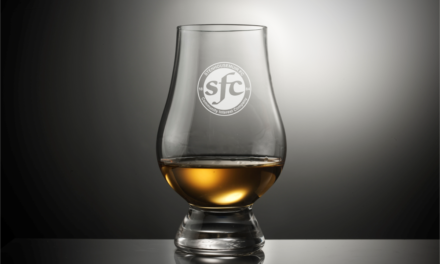