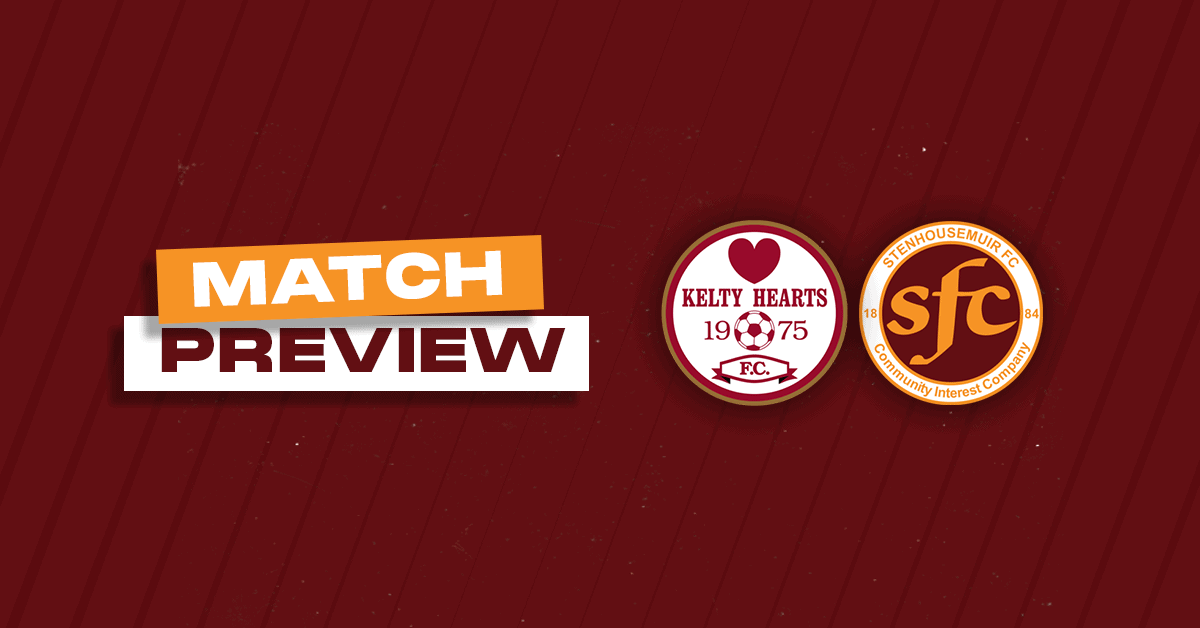 The Warriors return to Fife this weekend as we face champions-elect Kelty Hearts.

We’ve faced The Maroon Machine 3 times in competitive fixtures, all the season and all resulting in losses for Stenhousemuir.

Both clubs have drawn their last two fixtures but The Warriors need to have a massive improvement on their showing against bottom of the table Cowdenbeath if they want to take anything form this fixture.

Stenhousemuir are still looking at the playoffs places and a victory on Saturday along with an Edinburgh loss will see The Warriors move into the playoffs as we head into the last 5 games of the season.

For the home side, the opportunity to become the first SPFL league champions to be crowned this season is more than enough motivation. A victory for Kelty along with a loss for Annan will see Kevin Thomson’s side crowned champions. Warriors TV spoke to Stephen Swift on whether this gives the boys more hunger to get a result.

“It will make their players hungrier, but we’ve got our own ambitions in terms of promotion so I’m hoping that our players can see that and we’ll be hungry anyways. We know that it’s a tough place to go and that they’re just trying to get over the finish line so it’ll be a good opportunity to get some points at home, but we’re there to upset that.”

The Warriors also visited Alloa on Tuesday night to play the League One side. The boys left with a 4-0 win and we asked Swifty how that’s helped prepare the squad for the run-in.

“We arranged the friendly against Alloa which allowed the boys that may have been frustrated and haven’t had as much game time to get adequate game time and keep them ticking over and getting a right good feel for what we’re going to do on Saturday. It gives us food for thought because we’ve got a few injuries. Mikey Miller is out with COVID, Sean Crighton has had an illness this week, but we’re hoping to see him on Saturday after a good session on Thursday night and Euan O’Reilly should be back to full fitness. Cammy Graham also returned from his COVID issue. That’s the preparation so far and we’ll be looking to build on what we done against Kelty last time.”

Finally, any form the pitch, Michael Moore and his partner Stella celebrated the birth of a daughter this week. We asked Swifty if he had any message that he’d like to pass on to the family.

“Great news for him and Stella having a healthy baby girl. It’s going to be hard for the big man and that’s his 2nd daughter and I feel for him! But it’s all good in regards to the baby being healthy and that’s all we can ask for. Stella too is coming through well, so we’re please that Michael can keep coming to the football! So all good in that respect.”

Tickets are £13 Adult, £8 Concession, u12 FREE with an adult. And you can either pay at the gate, or purchase on advance using the FanBase app.

The Supporter’s Bus is on for Saturday, and you can book your place by contacting @AndyMcf8 on Twitter.

Stenhousemuir FC Under 16s Going for the Treble 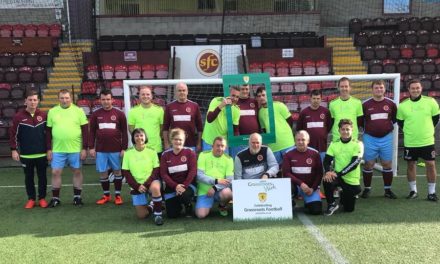 VOTE for our project NOW!!!