Last week the Ladies match against United Glasgow was postponed.

The post-split fixtures were decided with the Ladies Team being handed 4 home fixtures and 3 away fixtures.

Stephen Swift made an unnamed starting XI from the team team that beat Annan 2 weeks ago.

Peter Urminsky makes his third start for The Warriors and is yet to be on a losing side.

The back four of Yeats, Crighton, Jamieson and Corbett have built a strong partnership since formed.

Warriors came into the match on the back of a horrendous run against Stranraer with only 1 victory in the last 10 meetings. In fact, it was 2017, over 5 years ago that Stenhousemuir east defeated The Blues, and that’s a record that the guys wanted to rectify today.

It took a while for either to settle into the match. The first real chance of the match dropped to Robert Thomson inside 5 minutes. Callum Yeats played a perfect pass out wide left to Euan O’Reilly. His cross was met at the back post by Thomson, but his shot was cleared off the line by the Stranraer defender.

The first corner of the match fell for the away side as Stranraer cleared a long throw in. The corner was swung in by O’Reilly, but the referee judged for a foul to have taken place, awarding a free kick to the home side. Stranraer then went right up the pitch and when Crighton missed the long ball, it fell to Gallagher who had a one on one with the Keeper. Big Urminsky managed to save the shot for a corner.

GOAL: The resultant corner was well worked by the home side and payed out t the edge of the box to Duffy. His run was unmarked and he shot passed Urminksy to make it 1-0 to the home side. STRANRAER 1-0 STENHOUSEMUIR [DUFFY 11 minutes]

Tam Orr had his first chance of the match when he got on the end of a long ball by Yeats. The on-form striker twisted and turned on the edge of the box, but his eventual shot was easily dealt with by Scullion in the home goal. The Warriors found a bit of confidence and a deep cross in by Miller was almost met by Thomson, but his outstretched leg wasn’t enough to get on the end of the cross.

Stranraer almost doubled their lead in 25 minutes. Another well worked corner gave the home side a clear chance but the ball somehow stayed out and big Urmisnky managed to eventually claim the ball. The home side had an even better chance just a moment or so later when Yeats missed a long ball, the resultant cross was met and fired well wide, but the assistant had his flag up for offside. A few big let offs for The Warriors and they need to get into this game quick. There was a hand ball claim inside the box from Tam Orr and Robert Thomson shortly after, but the referee waived play on.

BOOKING: Scott Robertson picked up the first booking of the afternoon after another foul on O’Reilly. Sean Crighton was the target for the resultant free kick, but he was offside. [28 minutes]

Euan O’Reilly had a good chance in 32 minutes. He ran into the box and looked to get in prime scoring position, but his shot was met but the Stranraer defence as they held strong.

Both sides had chances to score as the half drew to a close, but neither could find that cutting edge.

SUBSTITUTION: Stephen Swift made a half time change with Darren Christie replacing Mikey Anderson wh seemed to take a bad head knock in the first half.

The first chance of the 2nd half fell to The Warriors. O’Reilly was fouled again and his in-swinging free kick was met by a few Stenhousemuir players, but none could get the ball under control. After a few back and forths, the ball ended up with the keeper.

Stenhousemuir certainly started the half stronger and were starting to force the home side into a few errors. The Warriors had anther penalty claim turned down in the 53rd minute when O’Reilly was bundled to the ground inside the box. The wave ignored the claims and Stranraer broke forward. Robertson cut the ball back to the edge of the box and the shot was somehow fired well over the bar, another defensive lapse by the away side that luckily went unpunished.

It was Stenhousemuir who threatened next. Some more good footwork by O’Reilly on the left saw him lay the ball to Yeats who then passed back to Nat. His pass was met by Miller, but his show was fired wide.

Matt Yates got on the end of the free kick, but his fall to the ground inside the box wouldn’t have looked out of pace in the Olympics.

Tam Orr was next to have a good chance, his shot drifted across the goal line, was met wide by Christie and it was eventually cleared fora corner. The corner was met by Thomson but nobody in black could get on the end of the knock down. Warriors looking the far better side now and need to make this pressure count.

SUBSTITUTION: The home side made their first changes of the match with Watson and Woods coming on to replace Brady and Duffy as they look to inject a bit of pace up front. [64 minutes]

GOAL: The home side picked up their first corner of the 2nd half after a cross was deflected wide by Nat. The corner caused havoc  in the box as did the following cross. The Warriors broke away and Thommo managed to leave 2 defenders in his wake as he thread the perfect through ball to Tam Orr. League Two’s player of the month made no mistake and fired passed Scullion. STRANRAER 1-1 STENHOUSEMUIR [ORR 68 minutes]

Tam did have his second of the game but the play was pulled back for a Stenhousemuir free kick. The Warriors were complaining bout the decision, but Tam was offside, so any goal wouldn’t have counted. The away side look more likely to take the 3 points though, with The Blues struggling with Thommo and Daz’s link up play.

Chance for The Warriors to take the lead! A long free kick by Corbett was met by a header by Sean Crighton. Scullion dived well to his left though and caught the header that was headed into the far corner.

SUBSTITUTION: Hawkshaw was next to make way for the home side as he was replaced by Mullen [83 minutes]

A last ditch tackle by Sean Crighton rep the scores at 1-1 as we moved into the final 5 minutes. A flurry of home corners shorty after failed to treble the Warriors defence. Scott Robertson had another 1 on 1 with Urminsky but the big man was solid to keep the score 1-1.

The Warriors play at Ochilview for the first time in almost a month as we welcome Forfar Athletic to FK5.

Both teams come into the match with 2 wins and a draw in their last 3 matches.

Stenhousemuir performed arguably their best 45 minutes under Stephen Swift in the previous meeting between the two sides. A double by Adam Corbett and Ross Forbes had The Warriors cruising by half time on the Boxing Day fixture. Forfar came back in the 2nd half, but Stenhousemuir held firm to claim all 3 points.

Jordan Tapping returns to the squad after his suspension and Ross Lyon should be back in contention after picking up an injury in training.

Mikey Anderson was taken off at half time against Stranraer after taking a nasty head knock in the first half. He was struggling with his vision at half time, but should be back in contention for Saturday’s match. Keep an eye out for our matchday preview on Friday for the latest squad news.

The Warriors have welcomed a new member to the team this week as Martin Christie joins the club as Head of Recruitment. Keep an eye on our social media channels as we speak with Martin and take a look into his role at the club and his journey to Stenhousemuir.

BLAIR SPEAKS TO PSYCHED IN

Last week, our CEO Blair Cremin spoke to Psyched In around his role at, and vision for, the club as we’ll as how he’s got to Stenhousemuir FC. You can read his interview here. 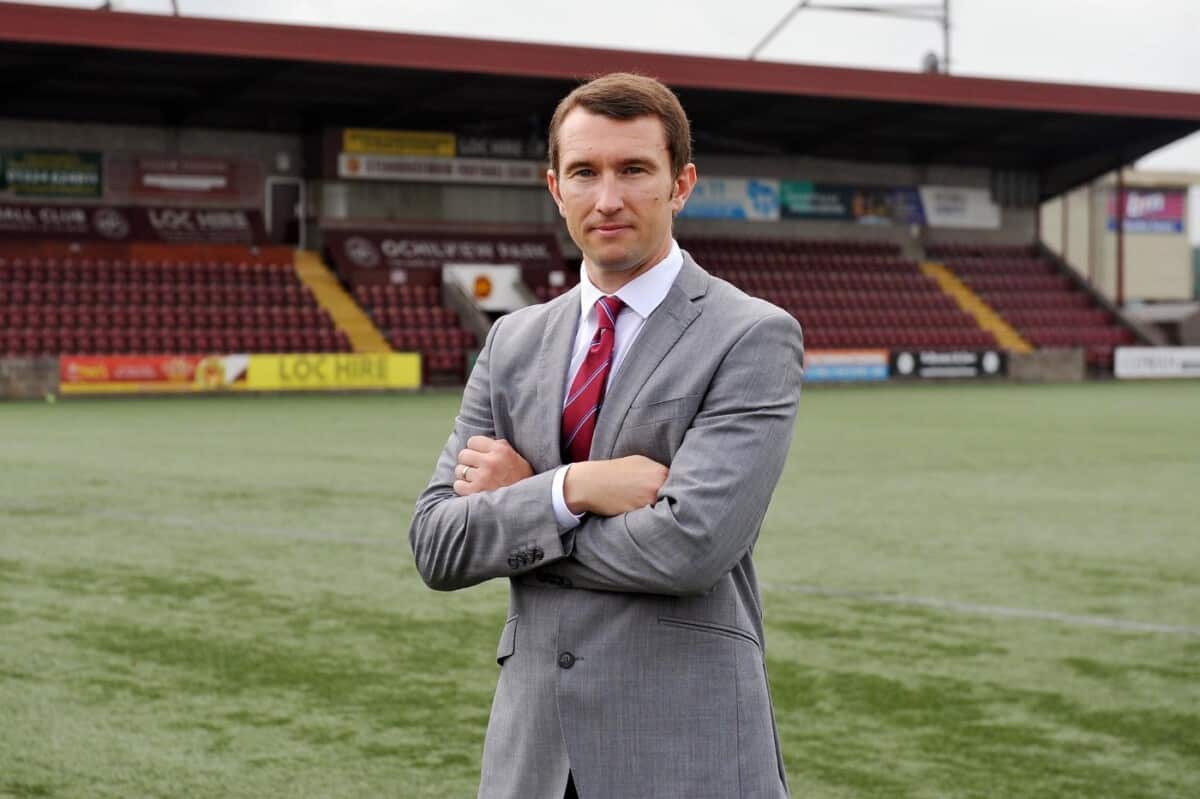 Russia is set to be stripped of hosting the Champions League final following the Russians decision to send troops into eastern Ukraine.

UEFA held emergency talks on Tuesday about moving the final on May 28th away from St Petersburg, with Wembley and Tottenham Hotspur Stadium both on standby to host the event.

Sources say that UEFA would prefer to wait until the semi-final line-up is confirmed before closing a new venue.