Warriors draw Diamonds in the cup

As the dust settled on a terrific weekend of Scottish Cup action which saw the Warriors defeat Huntly, it was now time for the 3rd round draw to take place. At this stage, only the premiership clubs are yet to enter the competition, leaving plenty room to tie some big clubs up towards the top end of the Championship.

The Warriors were ball number 38 and were 23rd to be pulled out of the hat as we were handed a home match versus Airdrieonians. The Diamonds currently sit 3rd in League 1, only off the top on goal difference, meaning they will no doubt pose a stern test. However the Warriors do boast a strong record against the North Lanarkshire outfit, having won 3 of the previous 4 encounters between the two clubs.

The game is set to be played on Saturday the 27th of November and match details will be announced in due course. 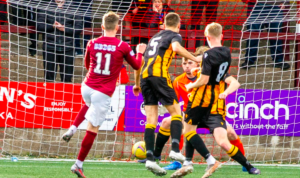 Back on Saturday, the Warriors turned their attention away from league duties to focus on the Scottish Cup as we welcomed Highland League side Huntly to Ochilview.

The away supporters were in full voice, however it was the Warriors who so nearly took an early lead. A freekick just to the left of the box was played in, resulting in a goalmouth scramble where the boys must’ve had at least 4 efforts on goal blocked as Huntly preserved the stalemate.

Both teams then went on to create some half chances without ever seriously troubling either backline.

The Warriors did however take the lead in the 29th minute! Some good build up play down the left gave O’Reilly the opportunity to drive inside towards the box, before he slipped the ball to Brown who’s deflected shot squeezed in between the keeper’s legs for 1-0.

It could easily have been 2-0 immediately after as Orr was played in behind over the top, only for the striker to drag his effort wide of the far post.

It was however the away team that would draw next blood and equalise just before halftime. A loose pass at the back from Jamieson wasn’t controlled by Anderson, allowing MacIver to step in and fire home from distance past the out of position Wilson.

Heading into the second half it didn’t take the Warriors long to regain their lead. With 47 minutes played a Forbes corner was flicked on by Crighton to the back post where Orr was waiting to control and dispatch past Storrier.

It would then become 3-1 in the 67th minute as a chance fell to Orr in the box but was blocked by the defender. The ricochet landed at the feet of Ross Lyon 22 yards out before he sent an absolute rocket into the top corner!

The fourth and final goal for the Warriors came shortly after in the 71stminute. Adam Brown picked the ball up on the left flank before wandering inside and releasing a low shot from 25 yards which beat the keeper at the front post.

The Warriors successfully saw out the remaining stages to secure their progression to the next round of the cup as the full time whistle went with the score sitting at 4-1. 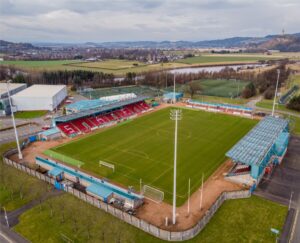 We may have only been playing for two weekends straight but we’re afraid that we have another free week upon us this weekend.

The Warriors were scheduled to take on Albion Rovers in Cinch League 2, however Rovers drew 0-0 on Saturday in the cup against Brora Rangers. This means the two sides will now have to play a replay which is due to take place this weekend.

Therefore there was no option but for our fixture against Albion to be postponed.

Our next fixture as it stands in Stirling Albion away in the league, which is set for Saturday the 6th of November.

Back on Sunday the Warriors came up against what is arguably the their toughest test of the season against unbeaten league leaders Renfrew Ladies.

Ultimately the ladies perhaps gave too much respect to their opposition as they found themselves 2-0 down by the 21st minute.

The Warriors thought they had themselves back in the game just before half time as they managed to get the ball into the net, however the referee agonisingly blew for offside.

Renfrew proved to be just as clinical in the second half and struck another 3 times to round off a deserved victory.

Next in store for the Warriors is a Halloween fixture away to Airdrie Ladies in the SWF Championship South.

This match marks the beginning of an easier run of games for the ladies containing encounters with sides more around their position in the table.

Airdrie currently sit in 16th place with just one point taken so far this season. The Warriors are 5 points better off in 14th. Airdrie will be enthused by picking up their first point of the season last weekend in a 1-1 draw with Edinburgh Caledonia, whereas the Warriors will be keen to bounce back from defeat to Renfrew. 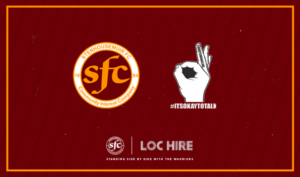 You might remember a few weeks ago the club announced that we were successful in receiving funding for the creation of a new men’s mental health initiative in partnership with Andy’s Man Club (see: https://www.stenhousemuirfc.com/2021/09/27/andy/).

As part of this we require some male volunteers to help with sessions. Full training will be provided so if it’s something you think you might be interested in getting involved in then please do contact Fiona Kennedy at Fiona.kennedy@stenhousemuirfc.com 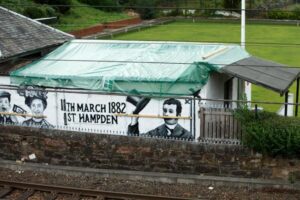 Many consider it to be the true home and birthplace of football, however the site of the first ever Hampden Park had never been fully confirmed until now. Please follow the link below to read more about the investigation into the world’s first ever purpose built football stadium:

In the latest development regarding FIFA’s proposed biannual World Cup, it has emerged that they have consulted leagues across Europe, including the SPFL. It is reported that the overwhelming feeling in Europe is that it is a bad thing for football. Please follow the link below to read more:

This week, Bayern Munich supporters have been lobbying the club over ending their partnership with Qatar Airways. Fans are concerned about state ownership and human rights violations in Qatar. Please follow the link below to read more: