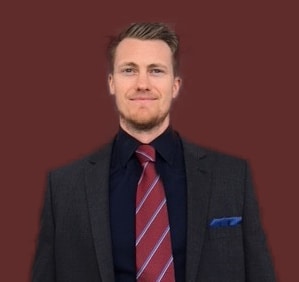 Jamie initially joined the Club in 2009 as our Head of Community Football and Under 11s Academy Coach. After a strong period of growth for the community programme Jamie was seconded to work at Larbert High School where he worked as Head of Sport as part of a Club and School partnership. Jamie established the Tryst Community Sports Club which Stenhousemuir FC was a key partner within and led the Larbert High School of Football programme whilst continuing to manage Warriors in the Community.

The Club was awarded the Scottish FA ‘Best Professional Club in the Community’ award in 2012, the first Club in Scotland to receive the award.

Larbert High School also received national recognition that year winning the ‘Sports School of the Year’ at the sportscotland awards.

In 2013 Jamie was asked to take up the position of Head of Children’s Academy at the newly formed Forth Valley Football Academy. The new concept, the first regional academy in Scotland, was a partnership between Stenhousemuir FC, Falkirk FC, East Stirlingshire FC and the Scottish FA, based at Stirling University. Throughout a 5 year period Jamie helped to develop the FVFA into one of the leading Academies in Scotland before a significant drop in funding resulted in its closure in 2018.

In February 2018 Jamie returned to the Club full-time as the Clubs’ first ever Chief Executive.

Jamie has a Bachelors Degree in Sports Management from Stirling University and is also a UEFA Youth and B Licence holder and Scottish FA Advanced Children’s Licence holder.

Brechin City vs Stenhousemuir (On time)