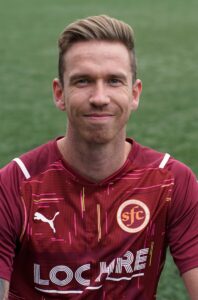 Robert, 28, is a product of the Dundee United academy and is another player that has a wealth of experience of playing in higher divisions. After making his professional debut in the SPL for United, Robert had spells in League 1 with Alloa, Dunfermline and Brechin, before moving up to Championship level with Dumbarton, Greenock Morton and Alloa. Having agreed to make the move to Ochilview, Robert said: “Delighted to have signed and I’m looking forward to what hopefully is a successful season.”