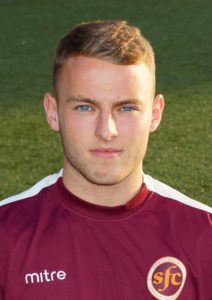 Seb  has signed on for a season long loan for the Warriors as he continues to develop his potential.  Seb was scouted by the club towards the end of last season and identified as a key target loan signing.  He joins after an impressive season within Aberdeen’s development squad where he scored 12 goals and was named the Don’s U20 Player of the Year. The 18 year old attacking midfielder has also played for Scotland at youth level. Seb will continue to train with Aberdeen Monday to Wednesday before travelling down to Ochilview for Thursday evening sessions and weekend games.