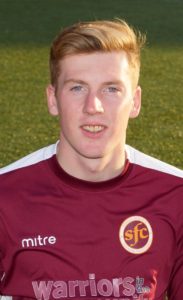 Conner has signed a 1 season deal with the club.

Conner plays in right midfield and his aggressive forward running will cause opposition defences a few problems during the course of the season.

Stenhousemuir vs Stirling Albion (On time)