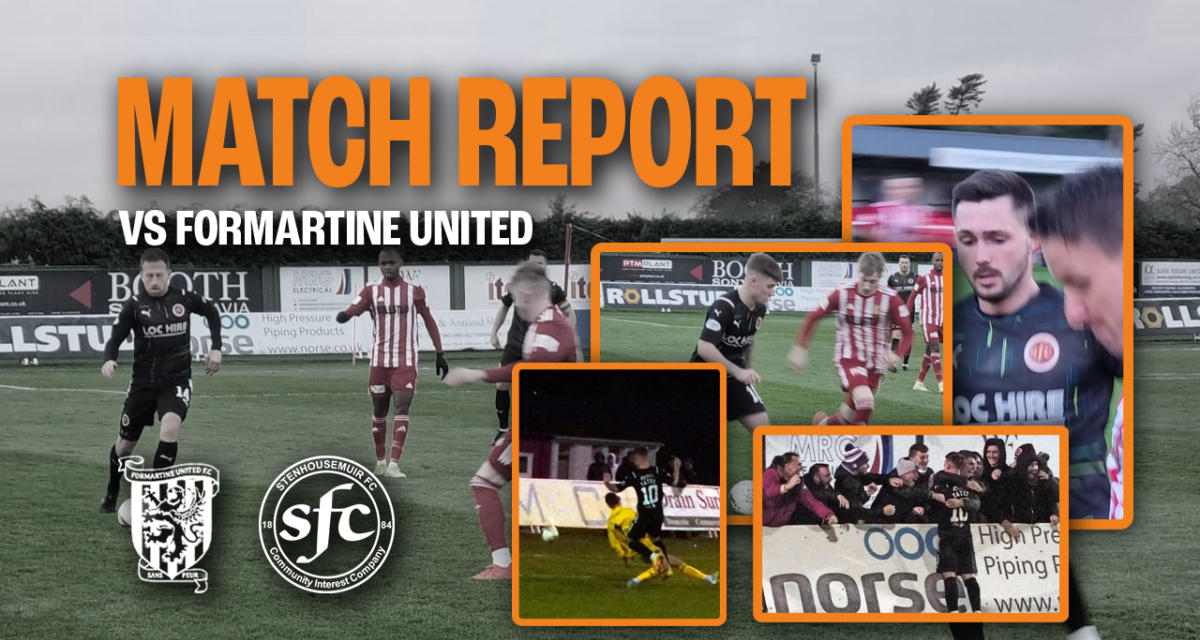 Swifty lead his squad into the Highlands to take on Formartine United in the 3rd round of the Scottish Cup.

Adam Corbett isn’t 100% so only makes the bench, while Dan Higgins sees his first return to action since his dismissal against East Fife.

Mikey Anderson and Mikey Miller take on a central midfield role while Euan O’Reilly and Matty Yates look to exploit the width.

Tam Orr and Will Sewell start with each other up front for the first time since the 3-0 Premier Sports Cup win at home to Fraserburgh. 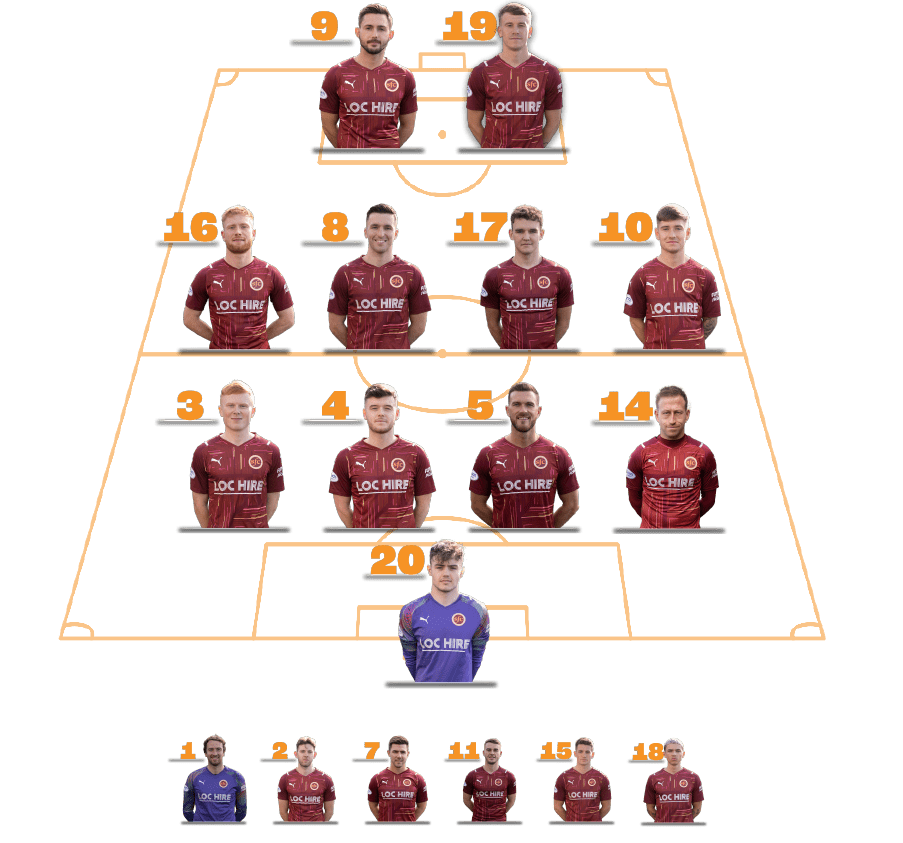 It was the home side who had the better of the opening 10 minutes, though couldn’t create too much in terms of chances. They picked up the first corner of the match, on 5 minutes, and as the ball broke to MacIver on the edge of the box, the Formatine player struggled to produce a meaningful shot on goal.

The first good chance for The Warriors fell to Matty Yates. He picked up the ball in the middle of the park from Mikey Anderson, feinted a shot which helped him lose his marker and with the goal open wide in front of him, he tried to place the ball passed the keeper, but also went passed his right hand post.

The hosts found themselves unlucky not go a goal up on 17 minutes. Julian Wade got on the end of a fine cross but Jay Cantley somehow managed to make a pint blank save. The ball came out to Jack MacIvor who had so much time to control and angled his shot. Jay was beaten this time, but Dan Higgins was on the line to save with a great header to keep the score 0-0.

The next good chance fell to Tam Orr just inside the 30 minute mark. Again, some good build up play lead to Ross Philp passing in to Tam Orr, he had a quick 1-2 with Will Sewell and Tam took his shot from the edge of the box. Kieran Adams made a fine block on the shot which was looking to sneak in under the post, but MacDonald managed to get a left hand on it to tip it over the bar.

The visitors were now starting to find their stride with Ross Philp again the catalyst for an attack. This time the Kelty Hearts loanee played in to Mikey Miller who chipped in an inviting cross to the back post. Euan O’Reilly came in at the back, but MacDonald was able to clear his diving header.

The Warriors had a few more chances as the half drew to a close. Matty Yates, Dan Higgins and Callum Yeats all had good chances to opening the scoring.

It was the home side who started the 2nd half sharper. Mikey Miller having to dive in front of a shot in the opening exchanges of the 2nd half.

As Stenhousemuir found their feet, Euan O’Reilly managed to clip in a cross into the area, but it was cleared at the expense of a corner kick.

GOAL: Matty Yates floats in the corner and the ball ricochets off Aaron Norris and into his own net. It’s unfortunate for the midfielder, but the delivery was so good that any slight touch from any player was going to cause an issue. FORMARTINE UNITED 0-1 STENHOUSEMUIR [Own Goal, 49 minutes]

The goal seemed to take a bit of the wind out of the home side, but they did have a good chance on 67 minutes to pull level. A very high and deep ball was swung into the box and Cantley claimed it but dropped it in the challenge with Norris, nothing given though and the midfielder couldn’t get his shot on target with Jay helpless.

SUBSTITUTION: Double change for The Warriors on 76 minutes with Adam Brown and Scott Walker coming on to replace Will Sewell and Euan O’Reilly.

Just a few moments and it could’ve been 1-1. A vicious shot from the edge of the box was saved by Cantley down low to his left. The home side still pushing for an equaliser but the defence is holding strong.

5 minutes to play and The Warriors still defending their lead. Jay Cantley collected a loose ball and punted up field.

GOAL: Matty Yates takes a shot which is blocked and finds its way out wide to Mikey Anderson, he lays it back to Matty Yates who sees another shot blocked and again, the ball falls out to Mikey Anderson. This time, the midfielder floats in a ball to the back post and is met by Adam Brown who taps home from an impossible angle using the outside of his right foot. FORMARTINE UNITED 0-2 STENHOUSEMUIR [Adam Brown, 85 minutes]

That should’ve been enough to see the game out for The Warriors who were looking to keep their first clean sheet since July.

GOAL: Formatine float a ball into the box and Jay manages to make a fine point blank save from a Stuart Smith header. But the ball falls to Wade who strikes home despite Mikey Miller and Jay Cantley’s attempts to block. FORMARTINE UNITED 1-2 STENHOUSEMUIR [Wade 90+1 minutes]

Into stoppage time now and The Warriors need to close the door to avoid this game going to extra time.

GOAL: And just like that, Matty Yates secures The Warrior’s place in the fourth round draw. As the hosts were pilling forwards for an equaliser, the ball broke to Tam Orr who powered passed the defender, he spotted Matty Yates unmarked in the box and the young striker met his pass and neatly tucked passed the keeper to remove any nerves from the following support. FORMARTINE UNITED 1-3 STENHOUSEMUIR [Matty Yates 90+2 minutes]

A tough work out for the first of two back to back trips to the Highlands. But The Warriors did enough to comfortably win the game, even if it was a bit frantic for the last 5 minutes. 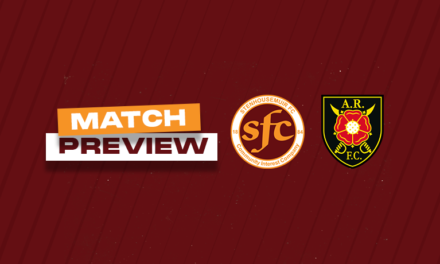 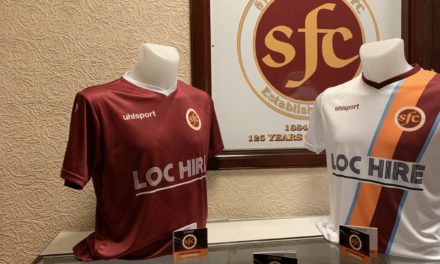 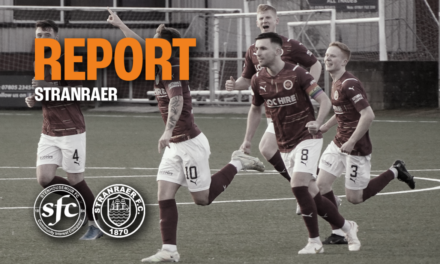